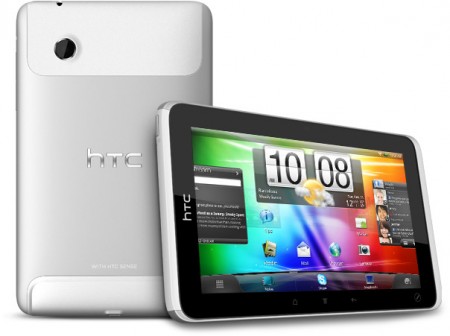 Back at MWC, HTC officially announced their first Android-powered tablet, the HTC Flyer. Today is a good day for our European readers because Carphone Warehouse has officially opened pre-orders for the HTC Flyer for £599 without any contract. It’s expected to ship in May.

You might expect the Flyer to feature Android 3.0 Honeycomb, but it’s missing it. It will ship with Android 2.3.3, with an update to 3.o possible in the future. The HTC Flyer is a different tablet compared to others available in the market, because we know that HTC loves making new innovations: it features pen-based “Scribe Technology.”

So folks who are looking forward to by Flyer in UK, start saving some money because you don’t have much time!