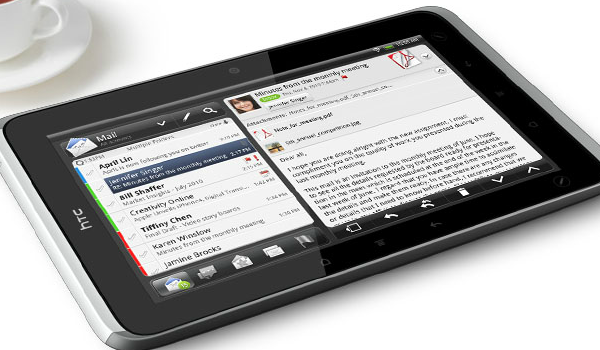 Those of you paying attention to the 7-inch HTC Flyer/EVO View 4G already know that the device recently received its Honeycomb update.  Well, word on the street today is that the tablet is expected to pick up the Android 4.0 update in the near future.  According to HTC -Hub, the Flyer will be seeing its Ice Cream Sandwich in the first quarter of the year.  In other words, the HTC Tablet may only be 6-8 weeks away from the latest and greatest version of Android.

This is certainly good news for those of you complaining over the change in user experience.  Some have noted that the buttons, launch screen, and widgets no longer provide the same great UI that they came to love.  Perhaps the Ice Cream Sandwich will breathe new life into the tablet, making it friendly once again.

Keep in mind that this report is not official and has yet to come from HTC as a whole.  One representative speaking in an online chat isn’t the same thing as, say, a Facebook announcement or tweet.