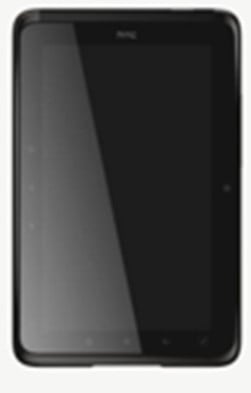 Yesterday we told you about the HTC Flyer’s specs. But there were some fill-in-the-blanks there, and I’m here to clear them up. Amobil, the same site that broke the specs we covered last night, has gotten word from a source that the specs are real, and they were able to fill in those empty blanks. The Flyer will run Gingerbread at launch, as HTC is apparently very eager to get this tablet to market. No word on if it’ll be updated to Honeycomb, but it’s HTC, so don’t be surprised if it is. That “Sense with a desktop feel” we mentioned is apparently Sense with a few changes made to the menus and such, to make it feel and look more smooth for that 7-inch screen.

We’re seeing that the Flyer will come with 4GB of ROM and 1GB of RAM. It’ll likely be pretty light, and sources have told Amobil that it’ll come packed with a powerful battery. We’ve also learned that the Flyer will be equipped with a stylus, something missing from most tablets these days. The probable launch date is somewhere in April, so keep your eyes peeled for more on this device. Stay tuned to AndroidGuys for the latest and greatest on the HTC Flyer. Anyone else excited about seeing this bad boy?

HTC to release a premium line of tablets in 2015