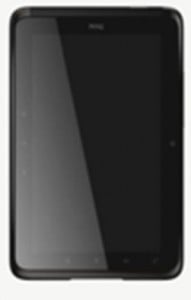 I, for one, have been waiting far too long for this. We’ve gotten word from the guys over at Amobil, who have the leaked specs for HTC’s Android tablet, aka the Flyer. Before I get into the specs, the picture above is a mockup, and might not even be an HTC tablet. Now then, the Flyer will be packing:

All I can say is… wow. I know HTC is good at blowing us away, but this tablet sounds incredible. As if it wasn’t enough that it’s HTC-made. Now they throw all this at us. I’m definitely keeping my eyes on this device. Anyone else impressed? Again, a big thanks to the guys over at Amobil for the info!