HTC amazed us at the Mobile World Congress by introducing a bunch of new Android powered phones, like the HTC One X, S and V. All of them are undoubtedly brilliant devices, but it seems HTC still got some stuff in their bag. Almost 2 months ago, an Android powered HTC device was leaked as HTC Golf, and we also saw its leaked shot a few days ago, and the phone looked like a small version of the One S, but we can’t put our money on a press shot, right? 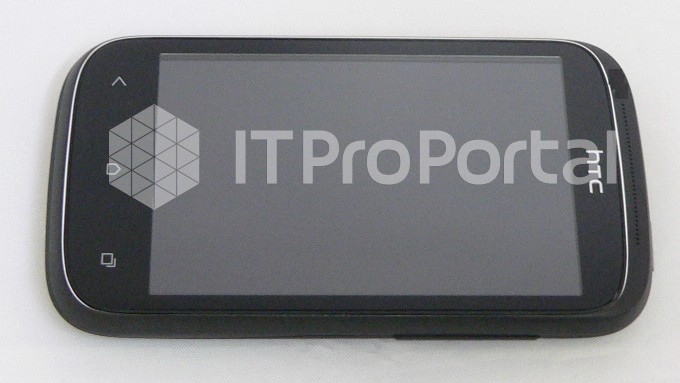 Now ITProPortal managed to get their hands on an image of HTC Golf rolling in wild, and phone seems like an ‘upgraded’ version of the Wildfire series. It got looks from the One S but it features 3.5-inch HVGA screen, 4GB storage, a 5MP camera, ICS and HTC Sense 4. Good to see that it’s running the latest OS along with Sense 4.

What’s also new here is that the device might be known as HTC Desire C, that’s what the source is reporting. They believe that this device might bring back the ‘Desire’ series, however it’s still not confirmed. I personally don’t think so HTC will go back; what I think is that HTC will also launch it under their recently launched ‘One Series’, it could be launched as HTC One C or any other alphabet, except X, S and V.

Readers, let’s wait for the green light from HTC and hope they will spill some beans about this little guy. We hope to see it around later this year, and it might hit regional carriers of US as well, so if it lands in the States, are you planning to pick it? Tell us in the comment box below.