If you didnâ€™t already know, HTC is hosting a press event in London today. Â However, before the event, HTC

accidentally launched the webpage for the HTC Hero and spilled some of the beans a bit early. Â  Rosie is now called Sense and looks a lot more like HTCâ€™s touchFLO 3D software on their Windows Mobile phones. Â Contacts are now integrated to get Facebook and Twitter updates automatically for all your friends. Â Oh, and ifâ€™s youâ€™ve been complaining about how the G1 and Magic (myTouch 3G) donâ€™t have a 3.5mm headphone jack, Iâ€™m sure youâ€™ll love to know that the HTC Hero does.

For more details on the HTC Hero, head on over to HTC Source. Â The Heroâ€™s webpage has already been taken down, but Iâ€™m sure itâ€™ll be up again in a few hours.

More details on availability, launching as early as July in Europe 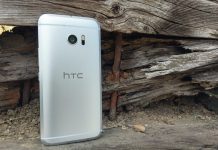 Is Android fragmentation really a problem?

6 great reasons why your next smartphone should be from HTC.