The HTC U11 was the first smartphone to introduce an interactive frame which users can squeeze in order to trigger certain (pre-configured) actions. Dubbed Edge Sense, the feature will not remain a U11 exclusive for long.

According to industry insider @LlabTooFeR, the Taiwanese company is gearing up to release a middle-range product codenamed Ocean Life which will also take advantage of Edge Sense.

The leakster also revealed the phone should make a debut with a 5.2-inch display with fullHD resolution (1920 x 1080 pixels). A Snapdragon 660 will be in charge of pumping life into the device.

We’re also told Ocean Life will include a 16-megapixel/16-megapixel camera duo on back and front just like the OnePlus 3T. Other specs include a pretty small 2,600 mAh battery, Android 7.1.1 Nougat with HTC’s Sense 9.0 on top and Bluetooth 5.0. Users will be able to pair the new middle-ranger with a pair of HTC USonic earbuds. It sounds pretty good so far, doesn’t it?

Given that the HTC U11’s high $649 price tag has probably deterred a lot of curious customers from taking the new Edge Sense for a spin, news of a mid-range phone with the technology onboard is bound to get a lot of people excited. 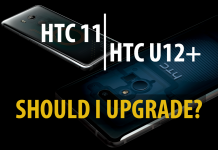 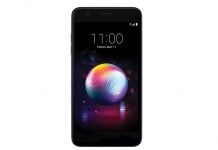