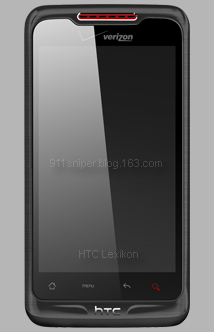 It was just over a month ago when we first learned of the existence of a new HTC device, the Lexikon.  Hitting the internet along with the HTC Bee, we got our first glimpse at its supposed specs.  A primer for those who missed it or forgot: The sliding QWERTY featured a MSM7630 Snapdragon processor at 800MHz, 512MB RAM, 4GB internal storage, a 3.8-inch display, and a 5-megapixel camera.  Pretty impressive, no?  Would it change your mind if you knew it was headed to Verizon?

The first image/render to hit the internet comes from a source that has been a pretty reliable stream of Android leaks in the past.  I have no reason to believe that the picture we’re looking at is faked.  I’ve said it before: a vast majority of Android leaks prove to be legit, if only delayed once in a while.  Further, there’s no internal alarm going off telling me the ROM below isn’t a signed Lexikon file.

So, like I did with the G2 ROM that made its way around the internet pretty quickly, I am going to put this alleged HTC Lexikon ROM out there for you guys.  I plan to circle back and update this post with anything good that might get ripped out of the files.  If you guys find anything awesome that needs shared with the class, be sure to email us at androidguys AT gmail.com so we can post it!