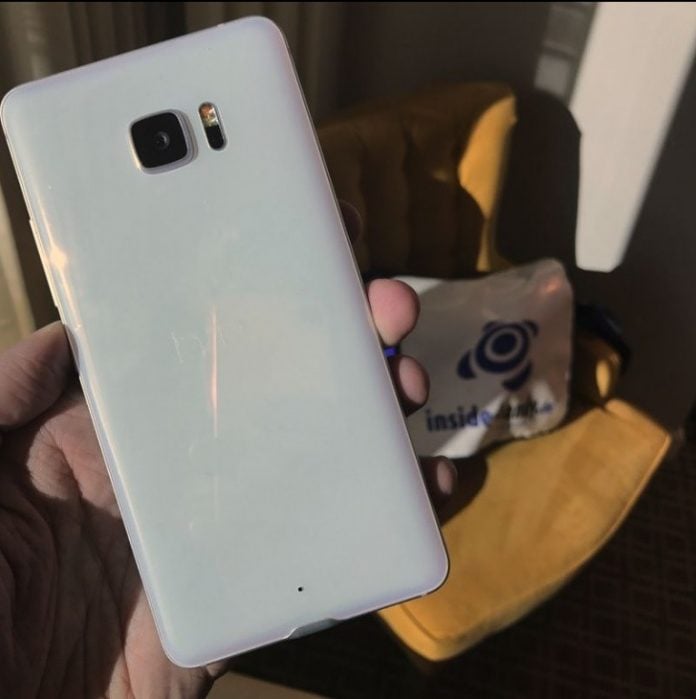 HTC skipped CES 2017 not because it had no new products to show, but because it had an independent event scheduled for January 12. Apparently the struggling company wants the whole spotlight on itself as it introduces a batch of new smartphones. 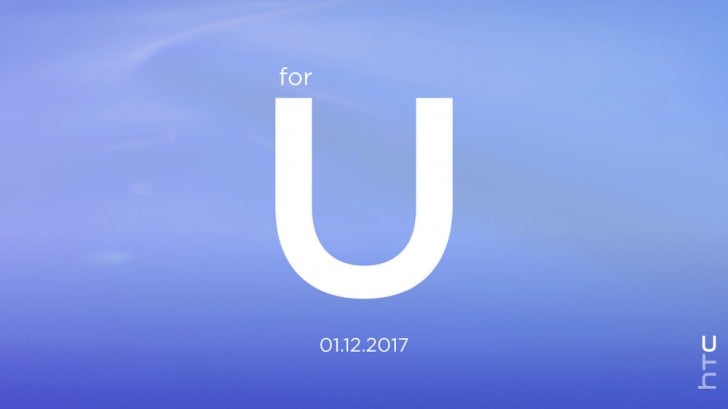 According to leaks and rumors online, the most intriguing one is shaping out to be the HTC U Ultra (or better known as the HTC Ocean Note). The device is supposedly a phablet which will supposedly be packing a few interesting features. And in order to prepare you for the big event tomorrow, here’s a roundup of info bits centering the upcoming device.

The rumor mill is split on this particular topic. Word on the street has been claiming alternatively that the HTC U Ultra will come bundling either a 6-inch display or 5.7-inch one. Well at least we can be sure HTC is going to unveil a phablet, right? If it’s going to be a huge 6-inch one or a 5.7-incher like the LG V20 it remains to be seen.

Speaking of the LG V20, according to a bunch of leaked images purportedly showcasing the HTC U Ultra, the new phone should come bundling a secondary display positioned at the top. 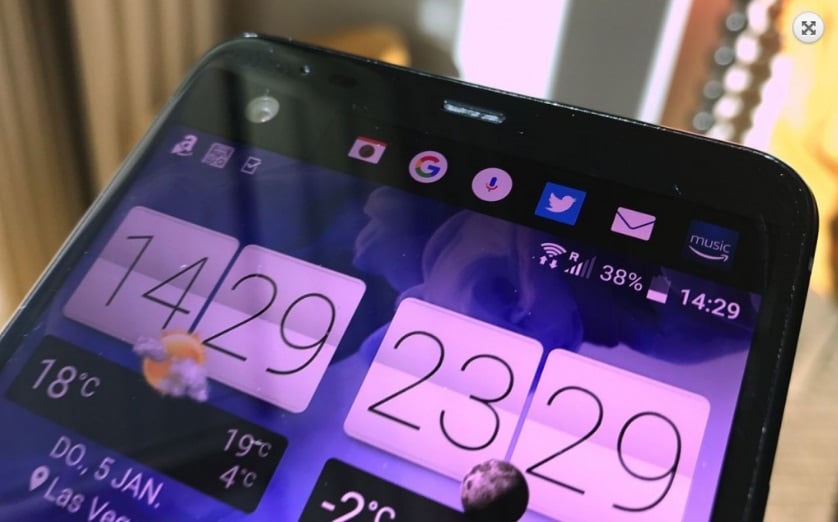 The additional screen should be used to display extra info, as well as quick settings that aren’t always in the foreground on Android phones, like it’s the case with the LG V20. So if you don’t like notifications popping all over existing content, you’ll be glad the HTC U Ultra offers this option.

Anyway, at least the rumor mill agrees on one thing, the phablet will take advantage of a QHD display which translates into 2,560 x 1,440-pixel resolution.

Initially it was revealed, the HTC U Ultra will take advantage of a brand new Snapdragon 835 processor which would have made the phablet the first handset to be announced with the chipset onboard.

Alas, @evleaks denied this information saying the phone will most likely launch with the Snapdragon 821 under the hood. Not bad, but the Snapdragon 835 would have been even better.

The chipset should work in concert with 4GB of RAM and 64GB of internal storage. During CES 2017, ASUS announced the ZenFone AR, the first handset to come with 8GB of RAM, so we expecting the HTC U Ultra to come with at least 6GB of RAM, but 4GB is surely more than enough.

Again, at first it was believed the HT U Ultra will follow the dual camera trend and bundle an advanced 24MP+13MP setup for the main camera plus a 16MP selfie snapper (like the OnePlus 3T and Samsung Galaxy A7 and A5). 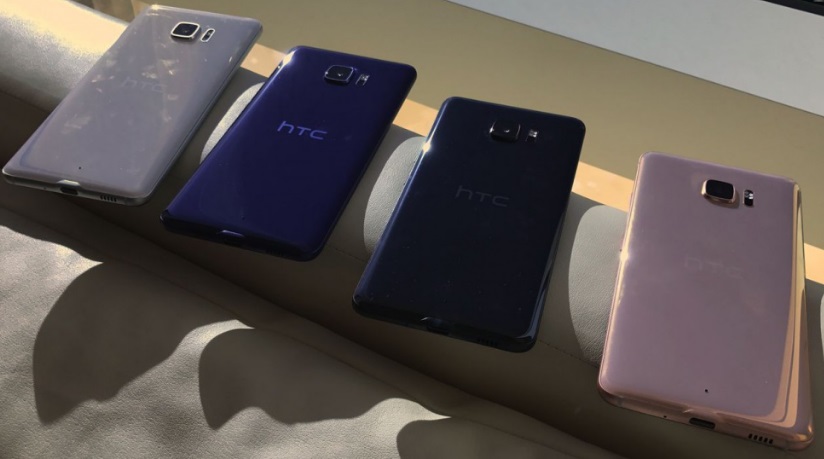 Turns out HTC hasn’t designed the Google Pixel for nothing. Apparently the 12MP main camera that makes the Pixel one of the best phones for photography right now is going to make it into the HTC U Ultra. However, the software will bear’s HTC mark so the results might be quite different.

The HTC U Ultra should run Android 7.0 Nougat out of the box. It’s not the first Nougat phone for HTC, the HTC Bolt was also released running the latest version of Android out of the box.

Going back to the HTC U Ultra, the phone should come with the company’s new Sense Touch UI which will supposedly rely on gestures and touch for navigation.

Other specifications and feats

it has been speculated the HTC U Ultra might arrive without a physical home button, although this seems unlikely based on the latest batch of leaked pics. Like the HTC Bolt, the new device should arrive devoid of the 3.5mm headphone jack, so users won’t be able to use their older headphones without an adapter. 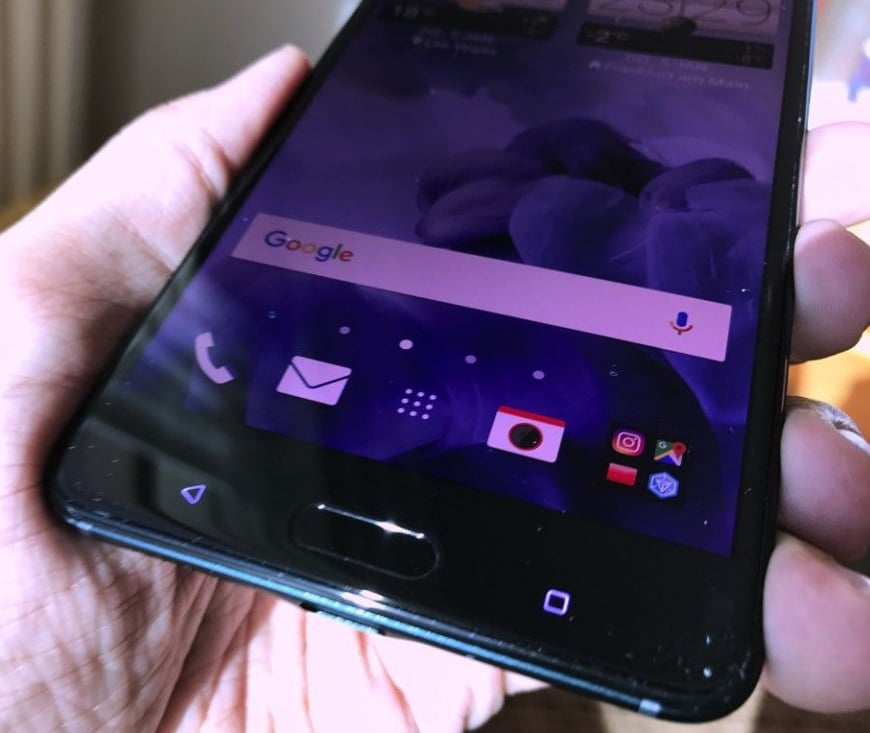 The phone is also rumored to come with a pretty big battery of 4,000 mAh variety. Last but not least the phone should be offered in four colors including Blue, Black, Pink and Rose Gold. Pricing specifications are still a mystery but don’t expect the device to be cheap.

Hopefully, this article gives you a pretty good idea of what to expect tomorrow, so you’ll be ready when the HTC U Ultra comes.