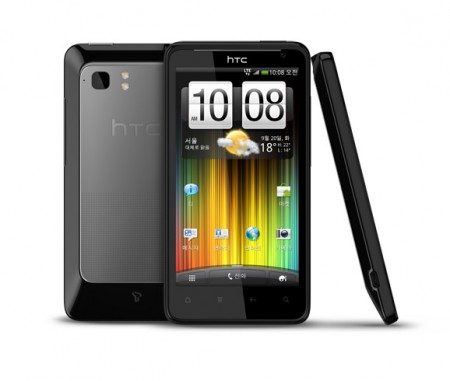 HTC is no doubt one of the leading smartphone manufacturers in the world and yesterday they officially launched the HTC Rhyme, which is their first ever lady-centric device. Today, HTC officially launched the Raider 4G in Korea, which is actually the HTC Holiday that has been leaked many times in recent days. Raider 4G is a powerful and a very sexy looking device, it comes with LTE 4G capable of speeds up to 100Mbps down and 50Mbps up when on LTE networks. If you don’t have any luck with LTE, don’t fret because the device still offers speeds of up to 21Mbps down and 5.76Mbps up when on 3G networks. Have a look at the detailed features after the jump:

So there you go folks, this device will be hitting Korea soon and then AT&T here in the states. If it maintains the speeds we heard about, this device is sure to be a hit. So anyone looking forward to this huge and amazing device.