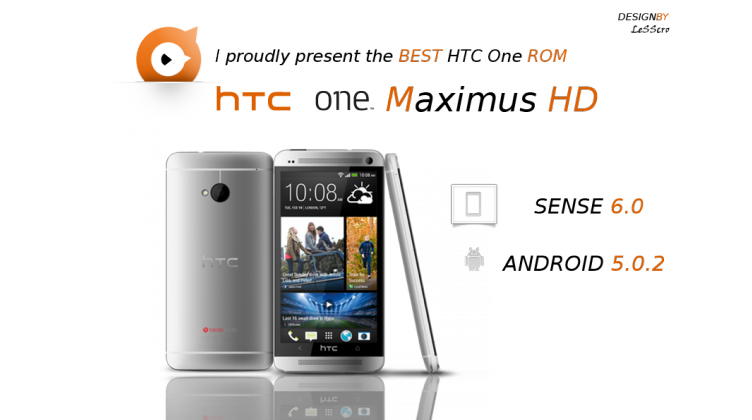 LlabTooFeR, a recognized contributer at XDA has recently developed a new custom ROM based off of Lollipop with Sense 6.0 named MaximusHD. The dev is widely known for making mods, tweaks and software developments especially for HTC devices. This time around it was HTC One M7’s turn to get the lollipop flavour.

MaximusHD has a nice overall outlook and almost identical resemblance to the stock HTC’s Lollipop update. It includes all the stock features as well as some “extra features”. Some notable ones being the ability to remove unneeded apps, ability to install additional mods and improved audio/video capabilities. The ROM is also pre-rooted so that you can start restoring your app backups almost instantly. It comes with enhanced battery management at the core based on Google’s Project ‘Volta’ so that you won’t need to be power-conscious all the time.

Updated Kernel and OEM apps are also some of the highlights. Although it has been announced that the M7 will be getting an official lollipop update from HTC, but for those who just can’t wait, here you go. For further info on how to install this ROM please be sure to check out the XDA thread which states all the required steps and prerequisites in a very crystal clear way.

As always, be sure to back everything up including your ROM before you start messing around with your phone just so if anything goes wrong, you can always roll back to stock.