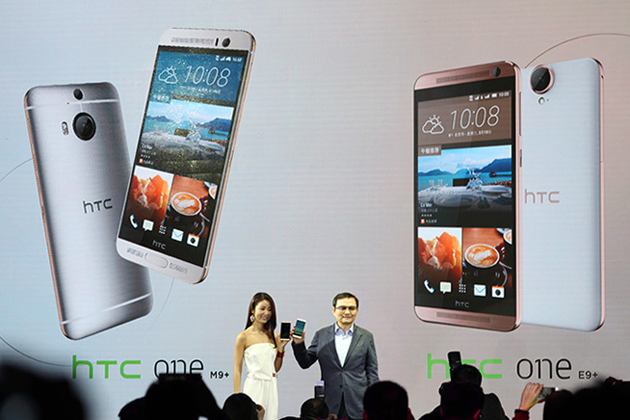 Were you pretty torn by the fact that HTC launched a better version of the One M9 shortly after its release and out of your reach?  Well, we got some good news today, with the help of Amazon.

The One M9+ just popped up on Amazon via a third-party seller (sorry Prime subscribers), in either gunmetal grey or silver gold.  The asking price?  It ain’t cheap, at $799 (plus shipping).  To compare, the price of the vanilla One M9 is $649.

Amazon is also providing us the cheaper, plastic variant of the flagship, the E9+, in either grey or rose white at $499.  This guy is as powerful as the M9+, but subtracts the second Duo sensor, the fingerprint scanner, and metal build.  However, the screen size is bumped up to 5.5-inches.

Note that because these are not U.S. models, like usual there is no CDMA frequency support.  So if you’re on Verizon or Sprint, you’re out of luck if you want one of these.  They should work on AT&T or T-Mobile, but unfortunately it is said their LTE radio won’t work in the U.S.