The HTC One (M8) has been one of the more successful Android phones this year, mainly due to the high build quality, dual front-facing speakers, and a clean UI. The M8 has been around for quite some time now, so it is no surprise that reported specs for its successor, the HTC One (M9), have been leaked out.

A Chinese website titled My Drivers, has reported information on the upcoming device on their website, however there is no mention of how they obtained the information.

They report that the device will come with a 5.5 inch QHD display, 16 megapixel camera with optical image stabilization (OIS), 3 GB of RAM, feature a Snapdragon 805 processor, and a massive 3,500 mAh battery to top it off.

Some other internals this device will feature include 64 and 128 GB variants, both of which will have a microSD card slot for expandable storage.

Another interesting highlight they mention is that HTC is trying to partner with Bose to have the M9 feature Bose audio. This is most likely due to Beats by Dre being bought by Apple. They expect the device to ship with Bose audio, so the partnership could be close.

They have included a picture in their post of what we might expect from HTC for their M9 device. 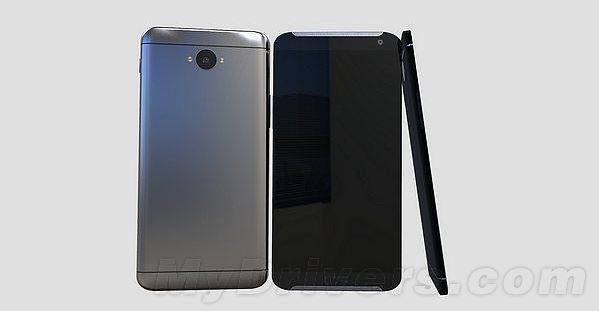