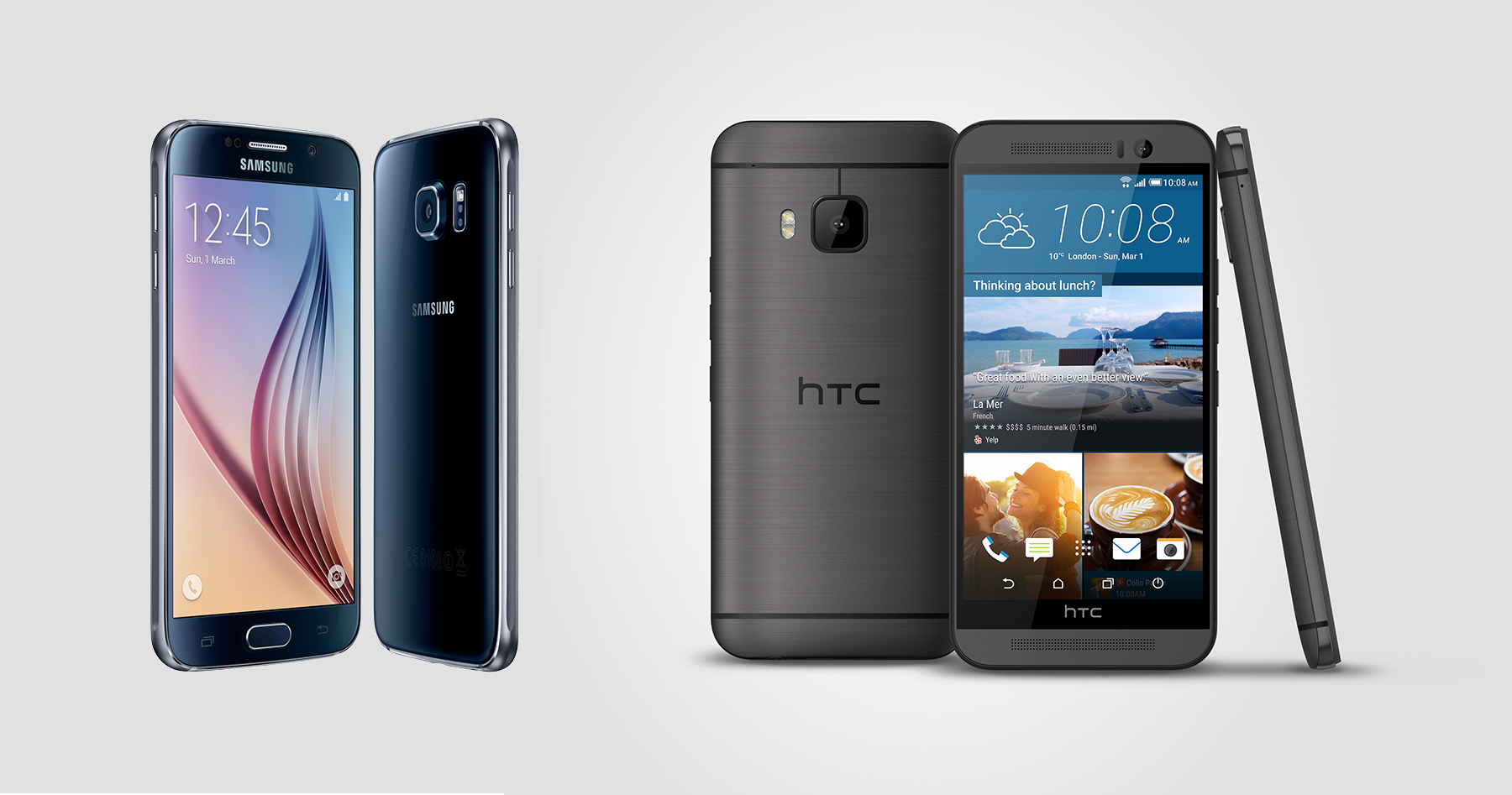 So watched the new two flagship Android smartphones announced this week and now you’re considering either the HTC One M9 or Samsung Galaxy S6 as your next handset. The only catch, as you see it, might be the price. Your decision will depend on how much each costs and whether you want to wait for it to arrive at your carrier. As it turns out, we might already know what to expect in terms of cost.

The suggested, or approximate, retail values for both smartphones may have been tipped as part of new sweepstakes promotions. HTC’s latest figures to run $599, or the same as last year’s model. And, based on the total package we saw introduced this week, we’re impressed with the pricing. At least, that’s what we’re led to believe based on the official HTC One M9 giveaway currently underway.

As for Samsung’s next big thing, well, it could carry a higher cost. According to T-Mobile, the Galaxy S6 may run $699, or $100 more than the previous generation. This means the Galaxy S6 edge may be valued at $749-$799 when it’s all said and done. This comes from T-Mobile’s contest which rewards random winners for signing up for details on the Galaxy S6.

Big picture, we might look for the HTC One M9 to run $200 with a two-year service contract or approximately $25 per month over 24 months. The Samsung Galaxy S6 may shake out to $250 with a service agreement; broken down over two years it would be roughly $29 per month.

Keep in mind this is purely conjecture on our part and is based soley on the respective sweepstakes values. In other words, this ain’t necessarily official.