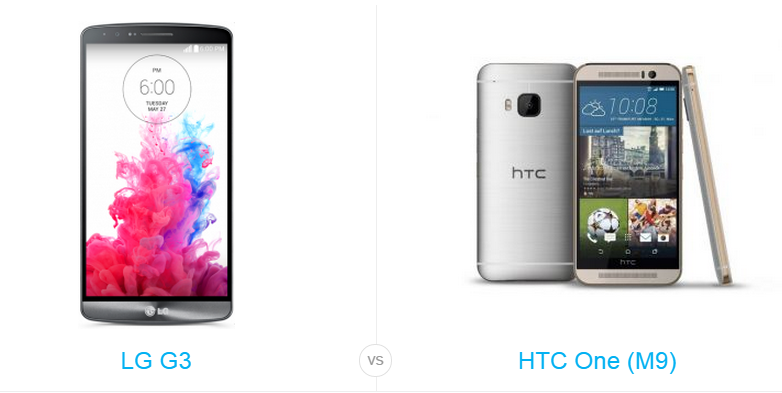 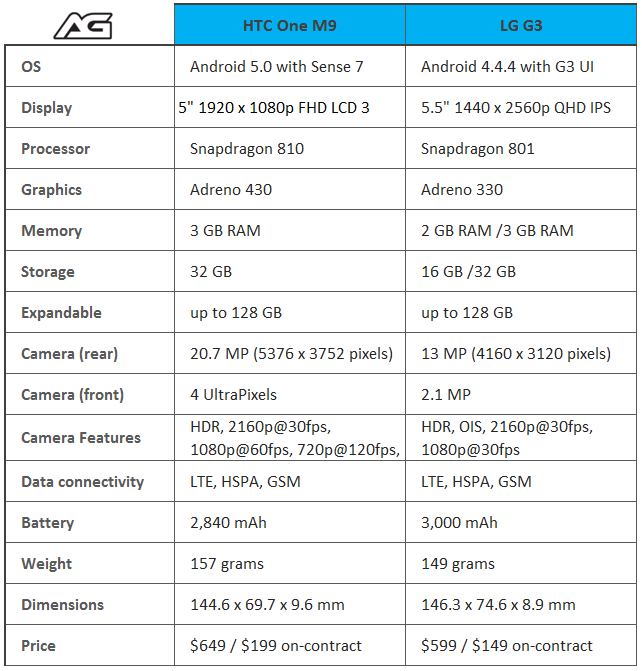 In terms of power, the One M9 is the clear winner with the new Snapdragon chip capable of 64-bit processing and new graphics chip, and HTC looks like it has made some impressive modifications to Android 5.0 Lollipop, with heavy customization options, including the ability to edit icons to your preference, which only third-party launchers have done in the past. HTC is looking to hold the crown for best camera, but LG has optical image stabilization on its side, which HTC unfortunately did not include. Battery life could be very close, but because the One M9 has a smaller screen with lower resolution, they promise 21 hours of talk time, which could mean very impressive battery results in other activities as well.

What do you guys think? Does anyone still have their eyes on the G3, or does the M9 destroy just about everything?