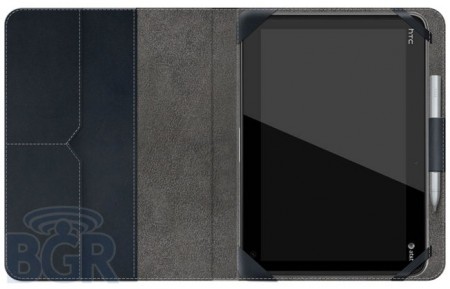 HTC recently entered the Android tablet world by launching their first ever tablet, the HTC Flyer. Back in May, we told you that HTC is working on a 10-inch Android tablet that will run Honeycomb, along with HTC Sense. We also showed you a leaked shot, and recently it passed the FCC with AT&T bands. Now the guys over at BGR have gotten their hands on two leaked shots, and as you can see, it’s HTC Puccini in a foldable case. We can also see HTC’s signature Scribe pen, which means that Puccini will feature the same Scribe technology found on the Flyer.

There’s still not much information as far as specs go, but BGR is claiming a 1.5 GHz dual-core processor and 4G LTE Radio. The image below also shows an 8MP camera with dual-led flash and stereo speakers. No word on pricing or a release date, but hopefully AT&T will be launching it soon. 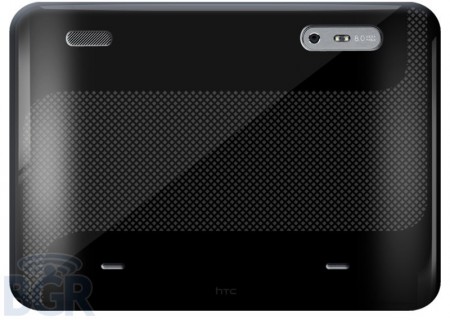 So who’s planning to buy one later this year? Excited that HTC is finally getting in on the Honeycomb game? Leave a comment below!