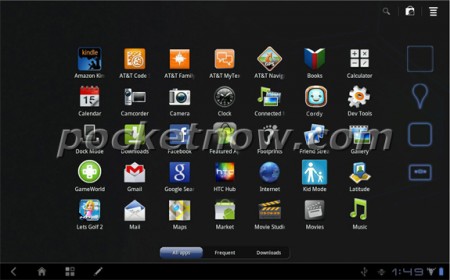 We first heard about HTC’s rumored Honeycomb tablet back in May, and it later passed the FCC, headed to AT&T. Our friends over at PocketNow got their hands on few images, and they give us a quick look at what the UI will bring to the table. As we can see, it’s a themed version of Honeycomb, much like Samsung’s TouchWiz UX. The app drawer looks pretty snazzy, as seen above. We also got a peek at the keyboard that the tablet will likely ship with. It’s essentially HTC’s famous Sense keyboard, with a number pad in landscape mode. It’ll be interesting to see how usable the keyboard is on a larger tablet. 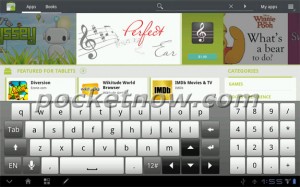 The first thing that caught my eye was the redesigned Honeycomb buttons at the bottom, along with the addition of what appears to be a Scribe button. This points to HTC incorporating their Scribe pen technology into Honeycomb. It’s also worth noting that within the wireless settings, we can see “Mobile Networks,” which further confirms our suspicions of the Puccini hitting AT&T. 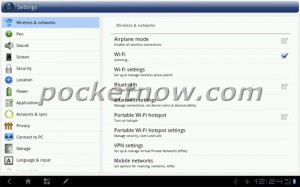 So what say you? Are you interested in picking up an HTC Puccini when it drops? Not a fan of the themed Honeycomb? Drop a comment below! 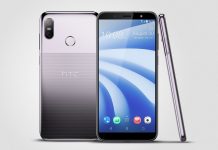