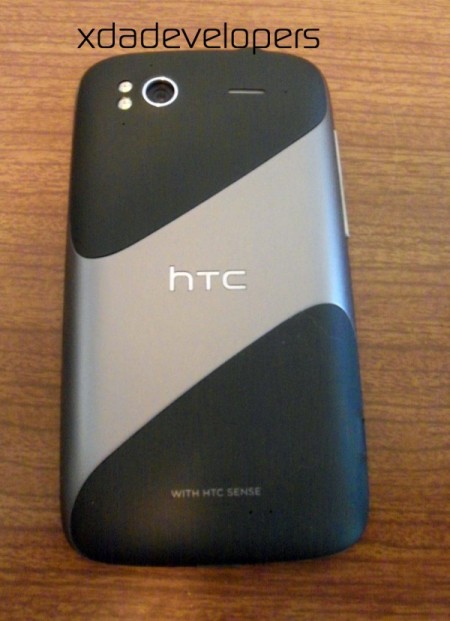 The guys over at XDA Developers have released some photos of the rumoured HTC new flagship phone, the Pyramid.  It has been confirmed that the phone will be sporting a 1.2GHz processor with 768MB RAM on board.  Out-of-the-box, we’re looking at Gingerbread v. 2.3.2 and HTC Sense v. 3.0.  From the images, it looks as thought the screen is 4.3″ with 960 x 540 resolution (qHD)  There’s an 8MP cameral on the back, which we can only assume will record in 720p (maybe 1080p), as well as a VGA camera on the front.

There are a few more photos on the XDA site, but there is still no word on any release dates, or carriers, but this phone does look simply amazing, and if anyone happens to get their hands on one, and wants to donate it to their favourite AndroidGuy, hey, I won’t complain.  What say you? Is this phone worthy of being HTCs Flagship device for 2011? Which of you T-Mobile folks are lining up already?