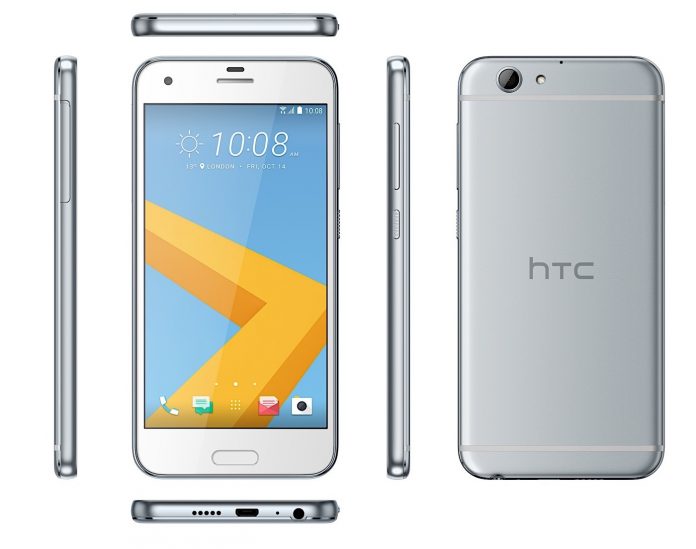 HTC on Thursday offered up a refreshed approach to its acclaimed mid-range Android smartphone, the One A9. Indeed, the new One A9S looks and feels like last year’s model, but features slightly rejiggered hardware.

On the surface, the One A9S is nearly identical to its predecessor save for a couple of tiny tweaks. HTC has removed its logo from the front, the earpiece is slightly shorter, and the proximity sensor is aligned in the center.

The specifications diverge, though, and point to a lower price tag for the One A9S. The 5-inch 1080p AMOLED display is now a 720p Super LCD, something which may be negligible to the target user base.

The phone retains a 13-megapixel, however it’s an f/2.2 sensor now and there is no optical image stabilization. Around front, the camera is a 5-megapixel shooter but it’s not the UltraPixel tech from last iteration.

As for the processor, the One A9S has swapped out the Qualcomm Snapdragon 617 in place of a MediaTek octa-core Helio P10. Downgrade, upgrade, or side-step? It’s hard to say in the overall scheme.

Storage and memory options will vary depending on market, but we should look for 16GB/32GB and 2GB/3GB options. Additional space comes in the form of a microSD expansion card slot with room up to 2TB.

Pricing and availability has yet to be announced so keep an eye out for that over the coming weeks. All things considered, we’re anxious to see one of these in the real world. If HTC can get the price right, it could have an appealing unlocked phone at the middle of the pack.