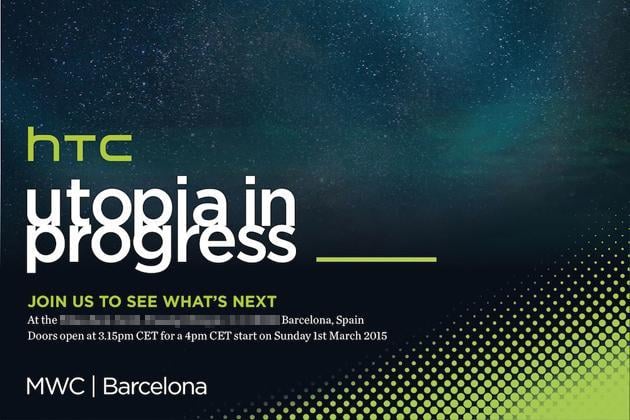 HTC has sent out press invites for an unveiling event for March 1st in Barcelona. Barcelona, of course, is the site for the Mobile World Congress, so this could mean the next reveal of an HTC flagship.

The expected device is the successor of the HTC One M8, which is known by the code name HTC Hima. Rumors suggest that the Hima will be released as the HTC One M9.

The press invite does not reveal much else, although an eye can be faintly seen in the background. This may just be speculation, but it is worth noting that HTC may bring its EYE technology to mainstream devices like the One M9. EYE was first seen on the Desire Eye. That device was equipped with a 13-megapixel camera and dual LED flash on the front and was marketed to selfie enthusiasts.