Users on Reddit are reporting that HTC, one of the biggest Android OEMs in the world, is spamming them with notifications for the newest Fantastic Four movie. The rub comes from a push notification that has shown up in the notification tray for a new theme that users can download. The theme is directly tied to the new Fantastic Four reboot and even though it’s a theme, its a pretty blatant advertisement with the release date easily seen in two places, even in the thumbnail. 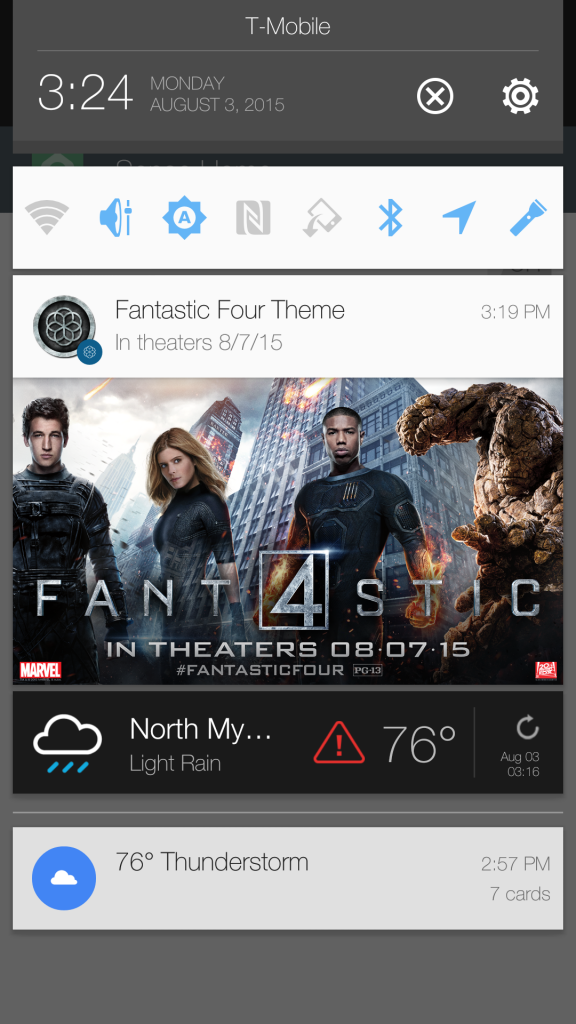 Owners of the One smartphone are obviously not too happy about this. Reddit user impersonaljesus, who first reported the issue, posted in the comments that “I paid for my phone and deserve an ad-free experience. HTC has officially lost me as a customer.” Many others chimed in with similar feelings of displeasure with some going as far as rooting their phone and installing a custom ROM to avoid the possibility of this happening in the future.

The ad appears to come from “HTC Sense Home” which is the launcher included on HTC’s phones. Even though people are using third party launchers like Nova Launcher the ad will still show up.  Like most applications in Android you can go into your app settings and turn off notifications from this app but you may miss out on other, actually important, notifications about your phone in the future.

Recently HTC has been struggling financially. The HTC One M9 has not done well, as many users see the improvements made in the phone, not worthy of an upgrade. These advertisements are obviously a way to raise cash but you have to wonder if it’s going to cost HTC in the long run by losing customers.