As part of yesterday’s announcement of the Desire EYE, HTC also introduced its portable camera, the RE Camera. Sporting a form factor that closely resembles an asthma inhaler and periscope hybrid, the device features a 16-megapixel SONY sensor with a 146-degree wide angle lens. Designed to capture both video and still images, it can go it alone or pair with Android and iOS smartphones.

Control your RE camera remotely with your iPhone or Android phone. The RE App is both a content browser and live viewfinder which mirrors what RE is seeing. After initial device pairing, all you do is launch the app, and all of your photos and videos are instantly available on your phone.

Features include slow motion, time-lapse, cinematic effects, and live streaming to your mobile phone. At $199 the HTC RE Camera doesn’t come cheap; it enters a space largely occupied by GoPro. But, with accessories (bike mounts, backpack clips, etc), it’s rather versatile. Toss in waterproof capability and we like the direction HTC is headed. 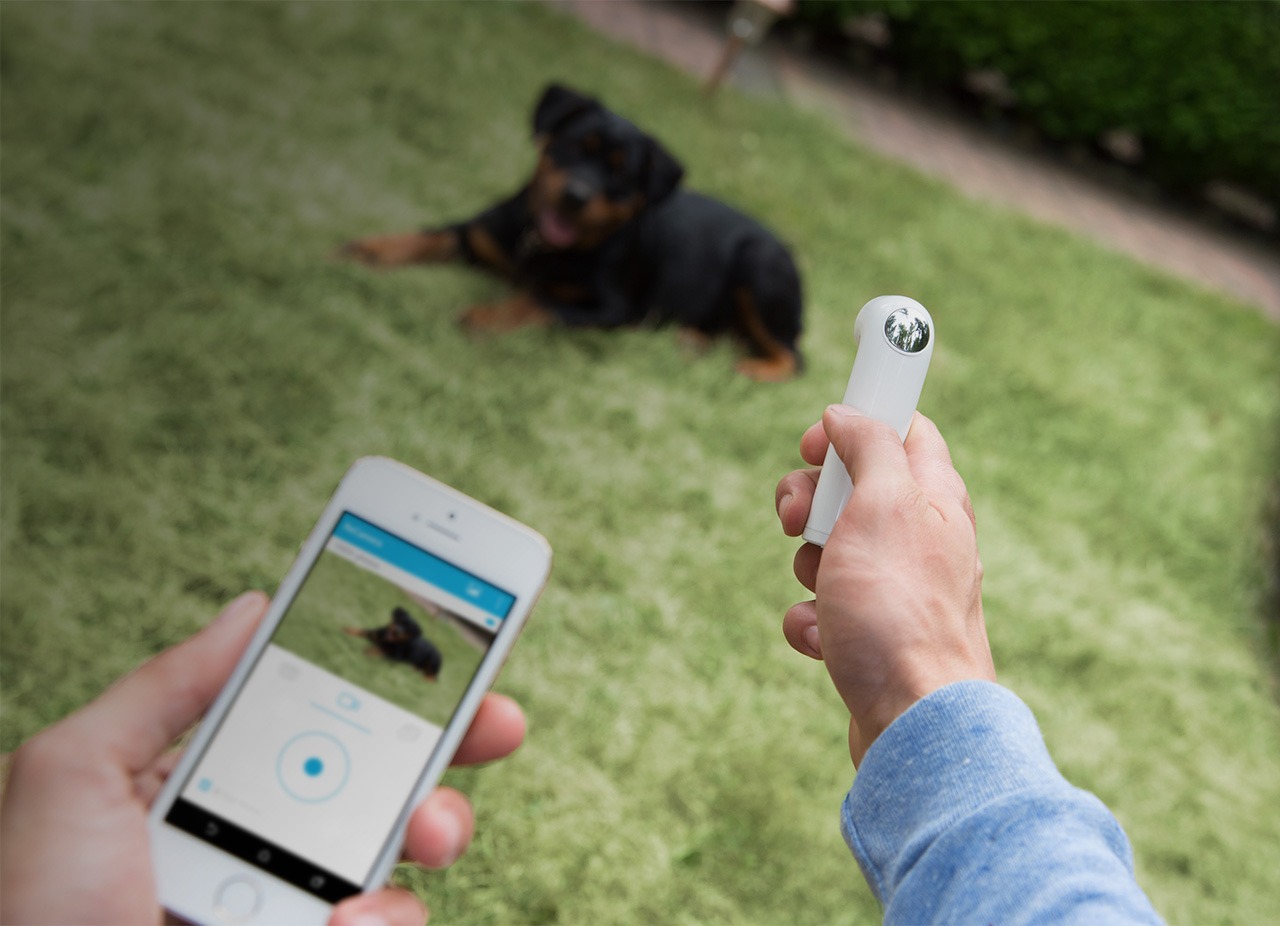 The RE Camera is expected to launch in a variety of colors later this month and will be offered in Best Buy, Amazon, and other retailers. AT&T is among the first carriers to offer support as well.