If you were disappointed to hear that the promising HTC A9 (Aero) will end up being a modest midranger rather than beastly flagship, you may like today’s news a little better.  It seems that HTC has a couple more smartphones up its sleeves for the Sept. 29th event.

The tip comes from an HTC-focused ROM developer on Twitter, @LlabTooFeR.  Not much is shared, only that we should expect updates to two well-known HTC flagships:  the Butterfly 3 and HTC One M9+.

The Butterfly 3 launched earlier in the year, as the HTC J Butterfly HTV31 in Japan.  So this could simply be market expansion for the device.  But regarding the One M9+, the tweet says that it will be updated.

Recalling the One M9 launch, many were upset that the One M9+ outdid it so quickly (larger screen, QHD resolution, and fingerprint scanner) and wasn’t offered in their market.  We can only hope that HTC has it together now and will widely release a top-end contender with this update.

Because of the fact that HTC’s Sept. 29th event is taking place in Japan, I wouldn’t hold your breathe if you’re in a non-asian market.  But this isn’t a good time for HTC to ignore the rest of the world. 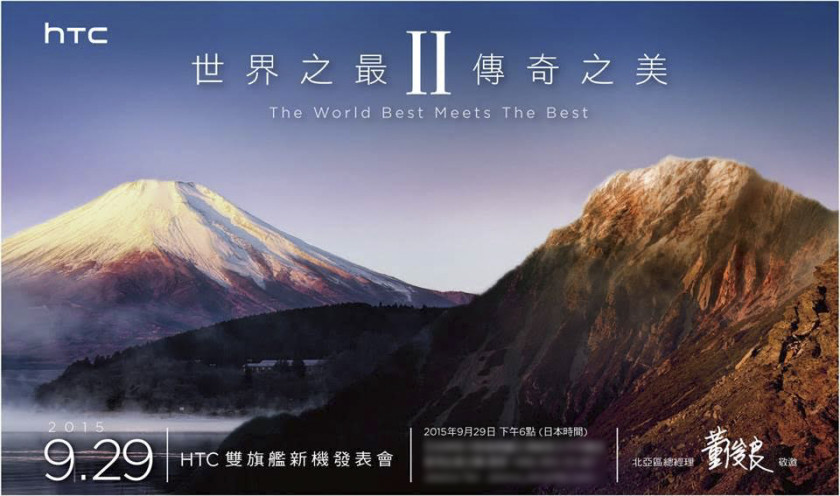 It’s a week away, so stay tuned.