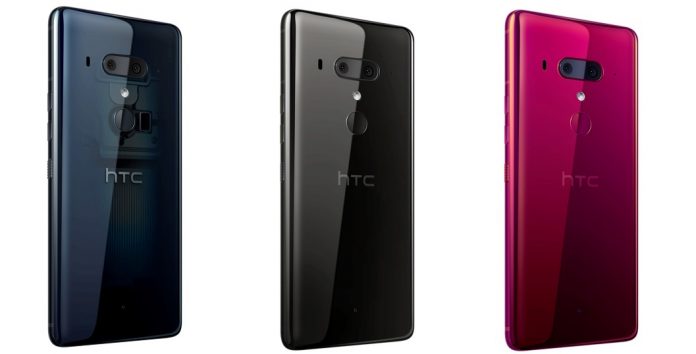 Update (8/17/18): Three months after its initial debut, the Flame Red HTC U12 Plus is making its way to our shores.

Originally only available in Translucent Blue and Ceramic Black, the U12 Plus hasn’t shown up in carrier stores. You can only purchase it through HTC’s website. That will be the case for the new Flame Red color as well. If you do decide to pick one up, you’re looking at shelling out $799 at the time of purchase or financing through HTC Financing. That’ll run you $34 a month for 24 months.

Even though the phone is older and doesn’t have the best specs around, we are kind of transfixed by it. The shimmering red color also has some hints of gold in it, depending on how the light hits it. HTC has always known how to make beautiful phones and the U12 Plus is no different.

Original post (5/23/18): HTC has been going through a rough patch for the past few years, thanks to slumping smartphone sales. And despite losing its Pixel design team to Google, the company has not given up the fight.

Actually HTC today unveiled its latest flagship the U12 Plus, the successor of last year’s U11. You might recall that the Taiwanese company also offered a U11 Plus last year, the first HTC device boasts a modern bezel-less design, but the phone had a very limited release and never launched in the US.

That won’t be the case for the U12 Plus which is already up for pre-sale in North America. More on that later.

The first thing you notice when looking at the U12 Plus is that it doesn’t have a notch like most high-end smartphones launching today. Instead, HTC is focusing on bringing you innovations you can actually feel.

With the U12 Plus HTC is taking the phone’s standout squeeze feature, which was introduced on the U11, to the next level. So enter Edge Sense 2.0 with all its exciting, new improvements. 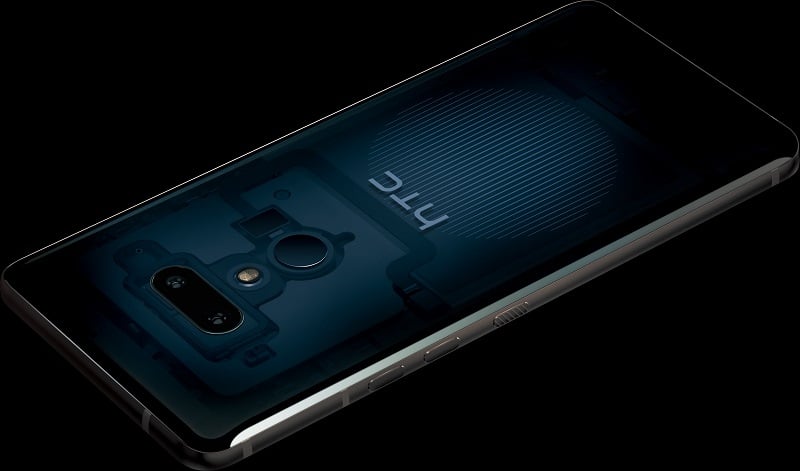 So now, on top of being able to squeeze the phone to launch an app, you’ll be able to double tap the sides of the device to turn on one-handed mode. Or you can set the double tap to act as the back button and forget about the traditional Android nav keys.

Additionally, just holding the phone will disable auto-screen rotation and auto brightness. The U12 Plus also offers a choice of digital assistant, with both Alexa and Google Assistant being on board. Just squeeze the phone to summon either of them.

But the most exciting part is that you’re given the option to map and adjust each and every interaction with the phone using the three main gestures: squeezing, tapping and holding.

What about the specs?

The new flagship comes in roughly the same body as the U11 Plus. Meaning you’ll get the same 6-inch Super LCD6 display which now supports HDR 10 and DCI-P3. There’s also a tall 18:9 screen with 1440 x 2280 resolution. IP68 certification is also on the spec list.

Naturally, a Snapdragon 845 processor is at the center of the U12 Plus and HTC is also throwing in 6GB of RAM and either 64GB or 128GB of expandable storage.

Things get even more interesting in the photography department, as the U12 Plus is actually HTC’s first dual-camera phone since the One (M8).

The new-comer boasts a 12-megapixel main sensor with larger 1.4-micron pixels and optical stabilization, alongside a 16-megapixel telephoto lens with 2x magnification. HTC also ups things a notch when it comes to self-portraits, by embedding not one but two 8-megapixel selfie cameras on the front. The aim is to have better portrait shots and improved face recognition. Oh, and you’re also getting AR stickers.

Going back to the main camera, it can record HDR10 video and 4K video at 60fps. A 1080p slow-mo at 240fps mode is also included. Given that the U11 benefited from an excellent camera, we expect the U12 Plus to be able to produce some stellar results.

As before, you’ll also get stereo speakers, high-res audio over USB-C and fast charging. Rounding up the package is a 3,500 mAh battery, which is an upgrade for the U11’s 3,000 mAh juice box.

Like we mentioned above, the HTC U12 Plus is already up for pre-order on the company’s official website and Amazon. Prices start at $799 for the 64GB version, while the 128GB version can be yours for $849.

As expected, HTC is tempting us with some attractive color options. The U12 Plus comes with a mirror glass coating called Liquid Surface. Which is similar to Huawei’s gradient colors on the P20 series. There’s a Ceramic Black one and a Flame Red model (probably coming later on). But the most intriguing however is the Translucent Blue version which shows the phone’s internals.