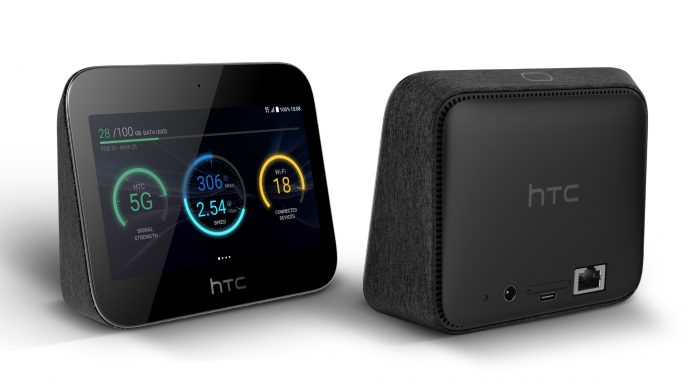 The HTC 5G Hub is part 5G hotspot, part Android smart hub, and part confusing. At a glance, you have what appears to be a 5-inch HD smart display running Android 9 Pie. However, inside tells a different story because it is packing the Snapdragon 855 with the X50 5G modem for some serious bandwidth.

It also comes with the Qualcomm 60GHz Wi-Fi chipset based on the 802.11ad specifications and is Wi-Fi 6 ready. What all of this means is the HTC 5G Hub is ready to take that high-speed 5G signal and pump it out to all of your connected devices. In fact, it can support up to 20 devices providing a high-speed secure connection.

With all of that speed and the ability to share the connection over so many devices, the HTC 5G Hub could easily replace a home router. It even comes with a large 7660mAh battery making it ideal for sharing the connection when on the go.

Compared to most hotspots where the screen is mostly useless outside of changing settings. The HTC 5G Hub has an advantage by running Android 9 Pie. This allows it to playback videos directly on the screen or even output them via the USB-C port to a larger display. Thanks to the high speeds of a 5G connection you’ll easily be able to stream 4K videos.

Just because it has a screen doesn’t mean you’ll have to use it. The HTC 5G Hub would work fine as a standalone hotspot, allowing you to playback 4K videos on other devices utilizing its speed and low latency connection to play games online. 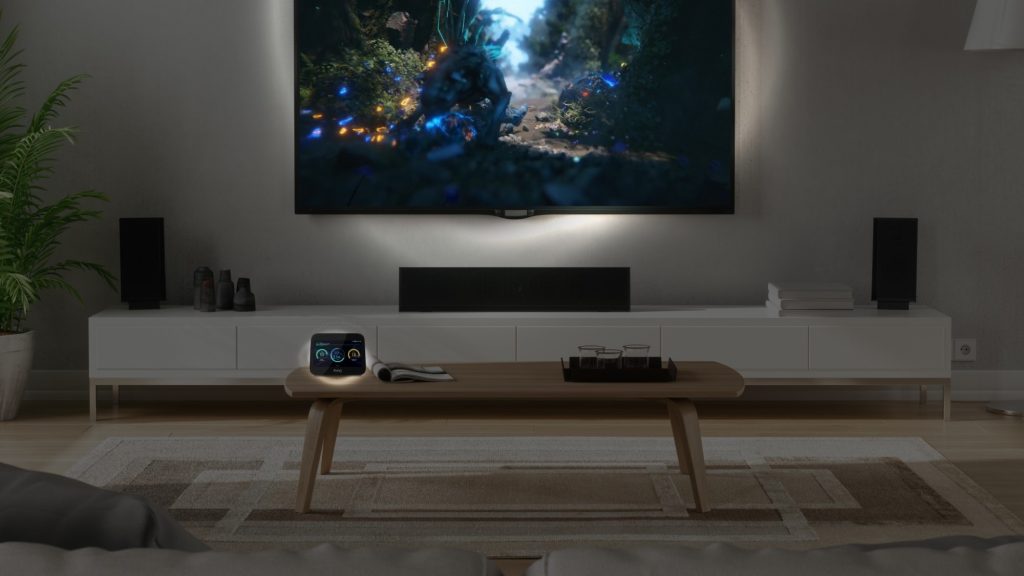 In the end, the HTC 5G Hub will come in handy to take advantage of 5G speeds in areas where it is available to share with your devices that don’t yet support it. HTC will be launching the HTC 5G Hub on Sprint in the US in Q2 of this year but pricing as not yet been announced.

Seeing how this will be early adopter technology the pricing will not be cheap. However, the availability of the 5G network itself is likely to be the larger issue. 5G connectivity is rather limited at the moment only being supported by 9 cities by Sprint including Atlanta, Chicago, Dallas, Houston, Kansas City, and New York City.