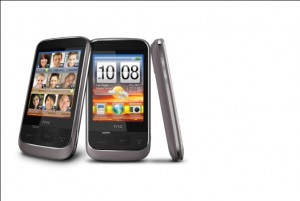 While a little bit off-topic, we felt compared to share this bit of news with our readers.Â  The rumors of HTC putting out their own handset running Brew have come to fruition.Â  We just received an email from HTC’s PR company advising of the newly announced HTC Smart, a new type of smartphone running Qualcommâ€™s Brew MP platform. Â

Available this spring across Europe and Asia,Â the phone runs the company’s Sense UI and allows for the same customization that Android and Windows Mobile handsets allow.

The list of specs, carriers, and pricing hasn’t been passed along to us yet, nor were we able to dig them up anywhere.Â  If you come across them, please be sure to let us know. UPDATE: Here’s the official page over on HTC for the Smart.Â  Basic specs include a 300MHz chip, 256MB memory, and a 3mp camera. Thanks @CurtisWyffels!

What’s your take on HTC getting into the handset business in this manner?Â  Do you care either way?