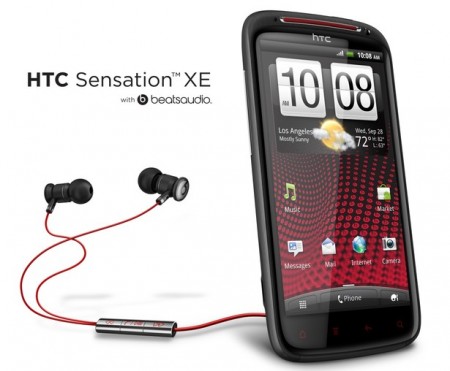 HTC recently invested $300 million to make Beats Audio their exclusive partner, and it looks like we’re seeing that investment take flight. We recently told you that the first phone to feature the Bests Audio will be a refreshed version of HTC Sensation. Well, HTC is finally lifting the curtain and introducing their first ever Beats Audio phone, the HTC Sensation XE. It’ll feature the same design as the original Sensation, but with a few tweaks under the hood. The XE will be rocking: 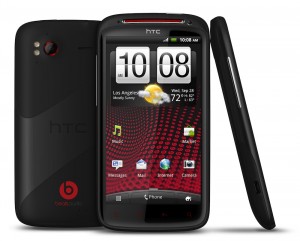 The design is the same, but you can see the capacitive buttons are now red, as well as the camera ring and earpiece, along with a Beats Audio logo on the back. The phone comes with exclusive set of Beats Audio earbuds by Dr.Dre, and some Beats Audio software.

Clove UK is planning to launch it on October 7, and it will probably be up for preorder in few weeks for a price of £410 ( around $640). It will hit other European countries soon, as well as the Middle East, Africa, and Asia. So, is anyone looking forward to the Sensation XE? Share your thoughts with us in the comments below!

Source FoneArena
Note: Select outbound links may include affiliate tracking codes and AndroidGuys may receive compensation for purchases. Read our policy. As an Amazon Associate we earn from qualifying purchases.