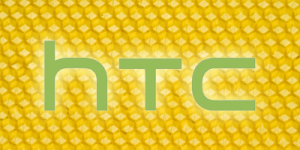 DigiTimes is back with another HTC tablet rumor.  According to their sources, Taiwanese notebook maker Pegatron Technology has started taking orders for an HTC tablet. Allegedly this tablet will run NVIDIA’s dual-core Tegra 2 processor and feature a multi-touch display with a resolution of 1280×720 pixels. Further, it’s being reported that there will be a 32GB SSD, 2GB of memory, and the requisite support for WiFi, Bluetooth, and GPS. It’s estimated that the cost of the device will end up around NT$25,000 ($789.75 US) although it’s way too early to say for certain.

DigiTimes reported last week that HTC was working on a tablet slated for early 2011. This, like Motorola’s efforts, will likely arrive with Honeycomb and the tablet-optimized version of Android. Naturally, the virtual neighbors that are HTC and Pegatron have declined to comment on the matter.