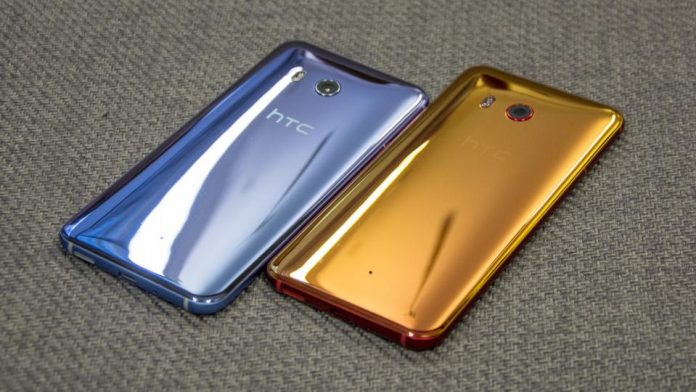 What’s the biggest trend in smartphone design this year? That’s an easy one – bezel-less displays, of course. Just look around and you’ll see what we mean. Companies like Samsung, LG, Xiaomi or Essential have turned the bezel-less display into a standard for flagship phones. But not all Android OEMs have joined the party – phone makers like Motorola, Nokia, Sony, and HTC decided to stick with the classic phone design this year and so launched models with visible bezels and standard 16:9 ratio.

But slowly they too will be transitioning to embrace the new design paradigm. And the first one to make the plunge seems to be HTC. According to French website, Frandroid the Taiwanese company – who just entered a “cooperation agreement” with Google is gearing up to unveil its first smartphone with an 18:9 aspect ratio and bezel-less display.

The phone – codenamed Ocean Master – leaked a few days ago alongside the Ocean Harmony and Ocean Lite models. Despite the fact that some HTC hardware engineers and designers will go work for Google, the Taiwanese company will continue working on new smartphones and the next one up seems to be the high-end Ocean Master.

The device will make a debut on the market as the HTC U11 Plus and will reportedly take advantage of a 5.99-inch display made by JDI with 1440 x 2880 resolution. The phone will be fueled by a Snapdragon 835 processor with 6GB of RAM and 64GB or 128GB of UFS 2.1 storage.

When it comes to photography, the U11 Plus will retain the same 12-megapixel sensor of the U11 and will include a less impressive 8-megapixel selfie snapper (the U11 takes advantage of a 16-megapixel one).

Furthermore, the report says the phone includes IP68 certification and offers support for Qualcomm Quick Charge 3.0 (up to 18W). Naturally, the Edge Sense squeezable frame is also on on board.

HTC is reportedly gearing up to launch the U11 Plus on November 11 in China, but for now, we don’t know whether the device will land in other markets or not. Although we certainly hope so.