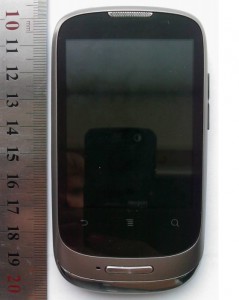 I have to admit, Huawei has a history of low-end Android devices, and it doesn’t look like that’s going to change anytime soon. The device above is the Huawei X1 U8180, which is being given the strange name of “Gaga”, and it’s just gotten the FCC seal of approval. The Gaga will be packing a measly 528MHz processor, along with Froyo, a 2.8-inch QVGA display, 3.2MP camera sans flash, and the standard Android fare of WiFi, GPS, 3.5mm audio jack, and a MicroSD card slot. At the moment, it runs only on 850 WCDMA bands, as well as 850/1900 GSM bands, so it’s not likely that we’ll see it in the U.S. in it’s current state. 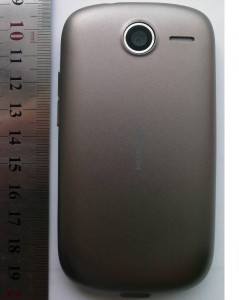 One thing I feel obligated to point out is the lack of a Home button on the bottom of the device. It has Back, Menu, and Search buttons, but not a Home key. Of course, there is that oversized button below the capacitive keys, but it’s uncertain what function it holds. Hopefully Huawei doesn’t release the device without one, but only time will tell.

So, any readers across the pond planning to pick up this device? Anyone tired of Huawei’s low-end reputation? Leave a comment below or on our Facebook Wall!