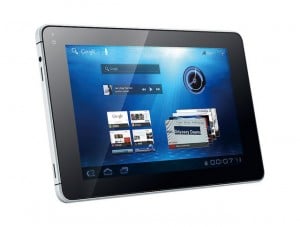 The pricing of the tablet was not announced however the expected launch is sometime in the fall of this year.  We expect to see this offered across multiple carriers around the world, even here in the U.S. when it makes its debut.  Previous Huawei tablets have been made available in Best Buy and other retail outlets while T-Mobile has been among the first providers to sell their smart phones.

Hauwei makes multiple references (press release, Facebook) to Android 3.2 as the operating system but as you all know, there is no such animal at this point. However, Huawei says this is 3.2 build is the 7-inch tablet-friendly version of Honeycomb.  If so, this may be what the Evo View 4G/HTC Flyer gets when HTC rolls out an update.