Remember we told you that Huawei will unveil their new Diamond series at MWC and they will launch one phone under it which will be known as Huawei Ascend D1 Q. A Chinese site known as  TechOrz.com leaked some press shots of Ascend D1 Q. The device looks really sexy and it’s yet another high-end phone. It features a display probably around 4.3 inch screen, and the color scheme of the phone is black and red. 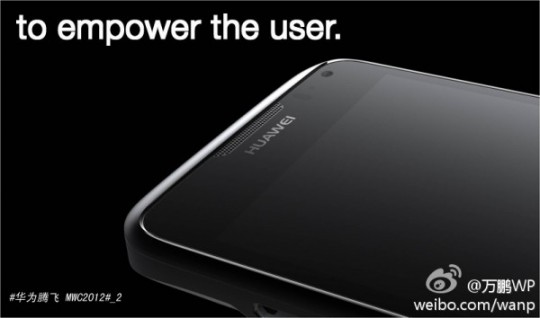 What else we know is that it will come with Tegra 3 quad-core processor, hence the “Q” which represents the quad-core technology. As it’s a high-end phone and featuring all the cool and latest stuff. Expect the device to launch with Android 4.0. Huawei is also launching the 10-inch MediaPad at the event, which is probably part of the Diamond series.

Well MWC is few days away now, so who’s looking forward to Huawei “hot” devices? Anyone?