Huawei on Thursday announced that Ascend Mate2 is available to U.S. consumers through a new web site. First announced back in January at CES, the Ascend Mate2 features a 6.1-inch 720p display, 1.6GHz quad-core Snapdragon 400 processor, 13-megapixel rear camera, and front-facing 5-megapixel camera. Unlocked and capable of working AT&T and T-Mobile LTE networks, the phone boasts a simply ridiculous 3900mAh battery. The Ascend Mate2 runs Android 4.3 Jelly Bean with Huawei’s Emotion UI 2.0 and can be purchased for only $300, without contract. 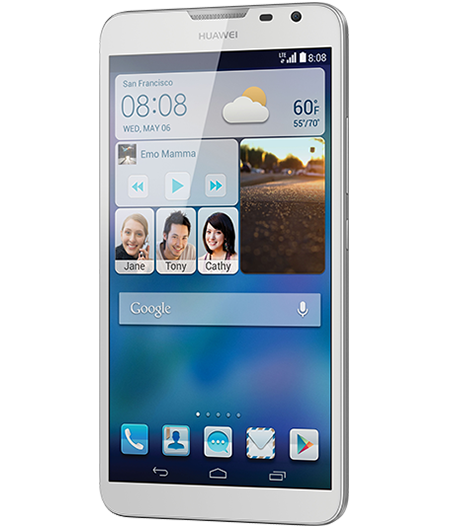 Compare all Smartphones | FindTheBest
Note: Select outbound links may include affiliate tracking codes and AndroidGuys may receive compensation for purchases. Read our policy. As an Amazon Associate we earn from qualifying purchases.