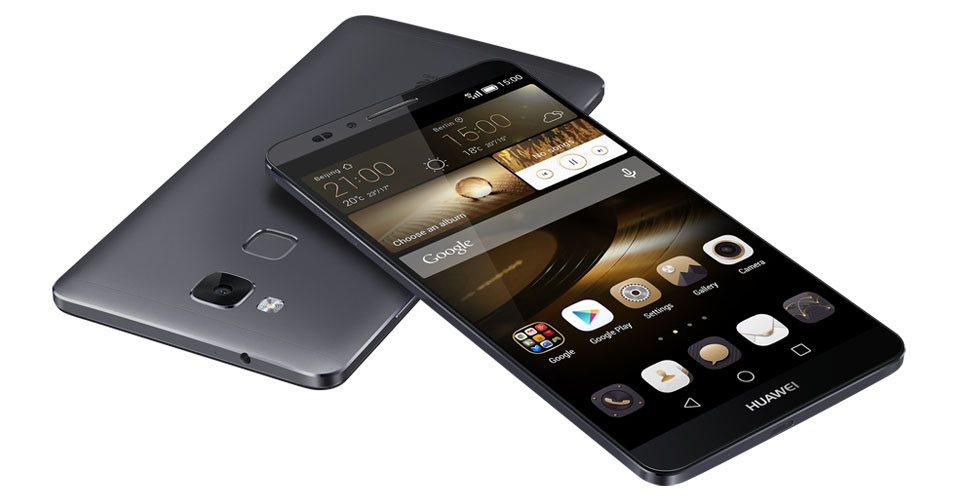 Huawei on Thursday introduced its latest Android flagship, the 6-inch Ascend Mate 7. Powered by an octa-core Huawei Kirin 925 processor (four A15 1.8 GHz chips, four A7 1.3 GHz chips), the handset features an incredible screen-to-body ratio of 83%. In other words, just because the screen is massive doesn’t mean you can’t use this comfortably.

The Ascend Mate 7 will be offered in two configurations: a 2GB RAM/16GB ROM and 3GB RAM/32GB ROM combo; Pricing is listed at 499 euros and 599 euros, respectively.

Other hardware details include a 13-megapixel rear camera with BSI and f/2 aperture, a front-facing 5-megapixel shooter, Quick Charge capability, and support for Cat 6 LTE speeds.

Externally, the Ascend Mate 7 will give the appearance of a higher-end and more premium experience. Details such as metal materials and the obsidian black, amber gold, and moonlight silver color options ensure it looks as gorgeous outside as it is inside.

Ascend Mate7 is made up of more than 95% metal and features an interior structure made of a strong aluminum alloy for superior heat reduction. At only 7.9mm slim and weighing 185g, it has an ergonomically curved back for easier operation with just one hand and an ultra-narrow 2.9mm bezel…

Look for the Huawei Ascend Mate 7 to be offered in “more than 30 countries/territories including mainland China, Hong Kong, UK, Germany, Italy, France and Spain from Q3 2014″. Beyond that, we should see other markets and possibly some sort of U.S. variant.

Huawei Ascend Mate7 | FindTheBest
Note: Select outbound links may include affiliate tracking codes and AndroidGuys may receive compensation for purchases. Read our policy. As an Amazon Associate we earn from qualifying purchases.