Huawei is in Berlin this week, showing off the new custom user interface, Emotion UI. Built with consumer interaction in mind, the design is said to be simple to use and provides a number of functions to make a more enjoyable experience.  You’ll see from the video below that there’s plenty of customization, widget control, profiles, themes and more in store for Huawei users..

Once IFA is over, Huawei will gather feedback from consumers and industry partners and continue development. Interested parties can download a Chinese version of Emotion UI starting today however the English version doesn’t arrive until later this year (Q4). 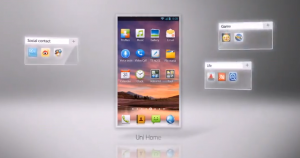 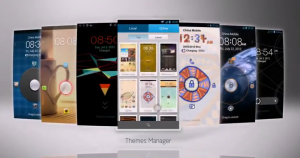 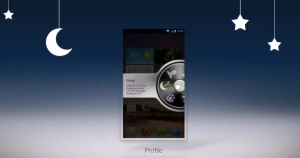 Berlin, Germany, August 30, 2012 – Huawei, a leading global information and communications technology (ICT) solutions provider, today launched a sneak preview of the Huawei Emotion UI at IFA 2012. An Android-based user interface (UI), Emotion UI will play a critical role in cementing the strength of Huawei’s smartphone portfolio. Reinforcing Huawei’s user-centric design philosophy, “Design with Empathy”, Emotion UI is built on a clear understanding of how consumers interact with their smartphones and what they expect from these interactions.

“Emotion UI is a reflection of Huawei’s empathic design philosophy – built by consumers for consumers. In designing this user interface, we spoke to consumers to find out what they wanted from their smartphones, the type of experiences they sought when interacting with their devices and what we, as consumers ourselves, want from our smartphones. The team was very conscious about placing people before technology. We believe that it is only through listening to what consumers want and need that we can truly develop products that they will love,” said Dennis Poon, Global UI Design Director, Huawei Device.

The Emotion UI showcase at IFA 2012 provided a glimpse of what consumers can expect from the final product. Emotion UI improves usability and provides a much simpler navigational experience for users. It enables users to customize the design and functions of their smartphone home page to suit their personal needs, in addition to simplifying folder functions for easier management of applications. “Me Widget” allows users to combine all the information and functions they need in a single, customizable widget while “Smart Tutorial” acts as a comprehensive support tool to help entry-level users get up to speed with their phone’s features in the shortest time possible.

Post-IFA, Emotion UI will enter the next phase of its development, driven further by consumer wants and needs. From August 30, 2012, Huawei will call for consumer and user feedback for use in the UI design and development process. Consumers can download the Chinese version of Emotion UI via http://ui.vmall.com/emotiondownload.php from August 30 and provide feedback by emailing[email protected]. The English version of the UI will be available for download in Q4, 2012. Consumers can watch a demo video of Emotion UI at www.youtube.com/HuaweiDeviceCo or access more information via the Emotion UI Facebook page www.facebook.com/Huaweiemui.

Huawei Device believes that everyone can be the center of information and that the world would be a better place if access and information barriers were knocked down. Its strong suite of mobile phones, mobile broadband devices and home devices is testimony to Huawei Device’s focus on customers and its commitment to providing user-friendly mobile internet experiences through ongoing innovation. Based on more than two decades of success in the information and communications industry, and with our own channel expertise, operational capabilities and global partner resources, Huawei Device is transforming from a company that sells millions of devices in single transactions to large businesses, to a “Business-to-People” (B2P) brand that also sells individual devices directly to millions of people. As at the end of 2011, Huawei Device serves more than 500 operators all over the world. For more information, visit Huawei Device online: www.huaweidevice.com