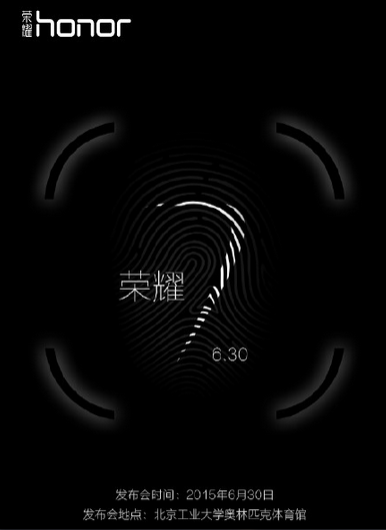 Huawei has announced quite the number of devices this year. Heck, they even put up a sale on their US website Anniversary a few weeks back. Huawei’s latest flagship device, the Huawei P8 Max phablet, is their latest offering and has been raking in the news recently.

Well, the Huawei P8 Max is not the only device worth talking about as the Huawei Honor 7 is also slated to release sometime soon. While there has been no offical response from Huawei as to when we can expect the device to hit shelves, there have been many a leak that have nonetheless given us a taste of the Honor 7. From images leaked online to a rumored spec list of the device, the Honor 7 has not been a very kept secret. Huawei teased the device in China few days back, and it hinted at the arrival of the Honor 7 by June 24, but nothing was confirmed.

A new leak has surfaced today which confirms the release date of Huawei Honor 7. As usual, Huawei has turned to their official Weibo account posting a picture which confirms the arrival of the device on June 30. The device launch is set to take place in Beijing.

Since, the Huawei Honor 7 has already been certified in China, we have a quite a bit of info on it. Among its specs, it includes a 5-inch 1080p display, 16 or 64GB on-board storage, along with 3 or 4GB of RAM for the two variants, powered by a 3,280 mAh battery. The Honor 7 will sport a fingerprint scanner running on Huawei’s HiSilicon Kirin 935 64-bit octa-core processor.The smartphone is rumored to run Android Lollipop with Huawei’s Emotion UI on top.

So far, the rumors have been pretty accurate concerning this device but, nothing can’t be said for sure until the official announcement.