Huawei has been all over the news this week. First, the company launched the Huawei P8 lite, and this time it’s the honor 7. There were rumors about the honor 7 in the tech industry for a while now. Recently the phone made its  appearance at TENNA, ahead of its launch on June 8. 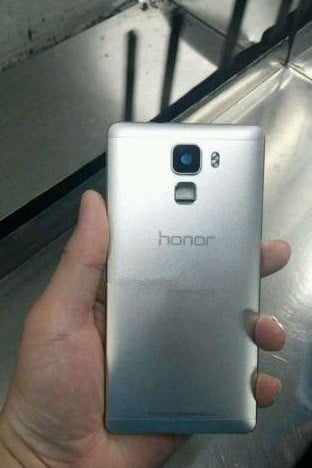 The images reveals a big fingerprint sensor just below the camera module.While the leaks do not confirm any specifications, they only confirm the fingerprint sensor and 4G LTE network connectivity. The network bands supported by the phone are TD-LTE, FDD-LTE, TD-SCDMA, WCDMA, CDMA2000, CDMA 1X and GSM.

As for now the pricing has not been confirmed by Huawei, but hopefully they stick to lower pricing to compete outside of China. Are you considering buying a Huawei device? Let us know in the comment section down below.