Huawei rocked the CES 2012 show by launching the world’s thinnest smartphone at only 6.68 mm thin. It’s known as Ascend P1, of course it’s an amazing looking device and hopefully it will hit US sometime soon. We also informed you that Huawei will reveal their “Diamond” series at the Mobile World Congress later this month, and now the word on the street is the first Diamond series device will be known as Ascend D1 Q. The “Q” means it will be the first ever Huawei device to come with a quad-core processor. It will also run Android v4.0 Ice Cream Sandwich. 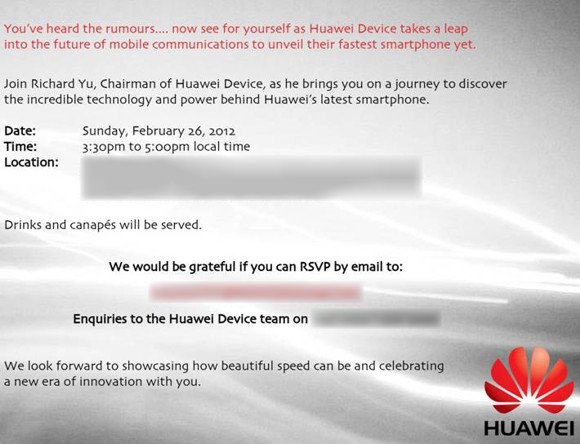 Huawei is also planning to launch the MediaPad 10 as well, the 10 inch successor to MediaPad 7. Here you can also expect a quad-core processor and ICS. Let’s wait for the MWC where Huawei will reveal every single detail about the two upcoming devices.

Any Huawei fanatics out there? If yes then please share your thoughts with us in the comment box below.