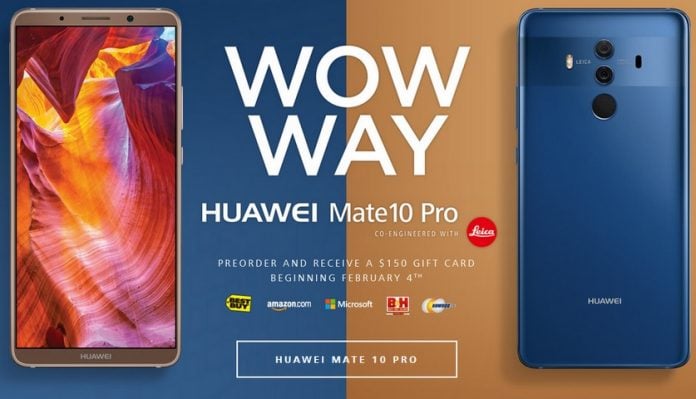 Huawei officially launched its Mate 10 Pro flagship in the US during CES 2018 last month, and despite deals with Verizon and AT&T falling through, the Chinese company is still bringing the unlocked version to the States.

Actually the Huawei Mate 10 Pro is already up for pre-order with various online retailers including Amazon, Best Buy, B&H, and Newegg. It appears the phone will also be sold by Microsoft, but at the moment we don’t know whether the Mate 10 Pro will become available online or only in brick and mortar stores.

The new phone will set you back with a hefty $799, but Huawei is also throwing in a $150 gift card to sweeten the deal. And while you might be able to place pre-orders now, the handset will start shipping no sooner than February 18. 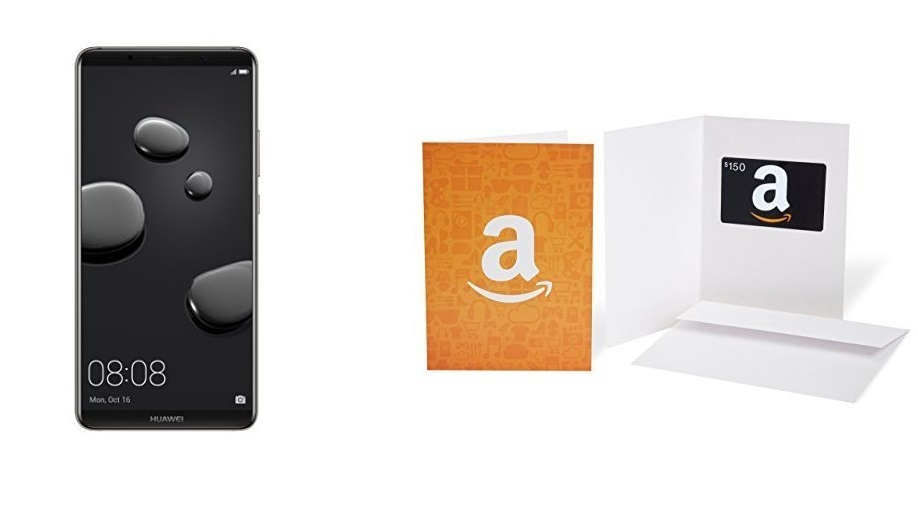 Before you open your wallets, note that the unlocked Mate 10 Pro is only compatible with GSM/LTE carriers like AT&T, T-Mobile, and Cricket Wireless, so it won’t work on Verizon or Sprint. Sorry, folks!

It also brings the power of a dual Leica-branded rear camera and bundles a 4,000 mAh battery to keep everything running smoothly. The Mate 10 Pro it’s among the very few phones that launched with Android 8.0 Oreo out of the box so far.

We should also note that Amazon also lets you place a pre-order for the luxury Huawei Mate 10 Pro Porsche Design which includes 256GB of storage. It will cost you $1,225 (no gift card included this time), which is more than the iPhone X.