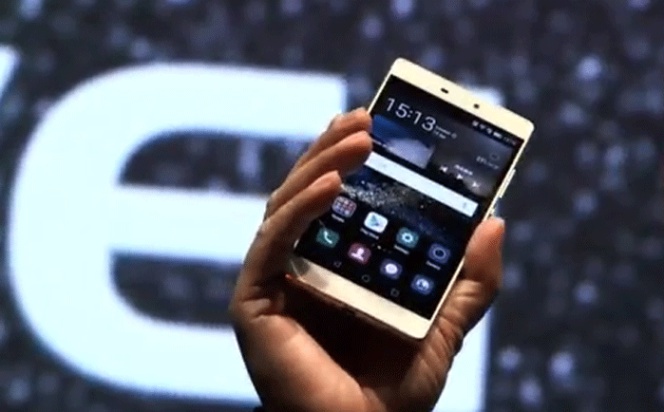 Today at a press conference in London, England, the long anticipated Huawei P8 has made its way onto the world stage.

The Huawei P8 is an absolutely gorgeous 5.2-inch Full HD device that brings with it a sleek, metallic design with new and improved camera features. The device follows the Ascend P7 from last year, although the company has dropped the Ascend part from the name, that doesn’t mean that it’s dropped quality. The phone has a great display and powerful front camera on board the device. The new handset is trying to improve on some of the issues that were found last year, such as bad sounding speakers, rear camera, and performance problems.

The new smartphone also sports a 2,680 mAh battery, which is housed in a chassis only 6.4 mm thick. The camera on the back doesn’t seem to protrude as it has on several flagship models that have been introduced this year. The camera sports a 13 megapixel rear camera, also equipped with optical image stabilization and a dual-LED flash, the front facing selfie camera is a 8 megapixel lens. Huawei has been working on new software features for the camera, The technical aspects include an image processor that Huawei says will be better than other DSLR offerings, as well as a 13 MP image sensor that includes a four color sensor described as the ” world’s first”. Quite a statement from such a thin handset.

The new P8 is also equipped with Android lollipop, 5.0, right out of the box. However, it will also carry Huawei’s custom skin, Emotion UI 3.1 over the lollipop build. We’ll be looking to see if the skin is lighter than last year’s offering.

The four colors it will be graced with are, Mystic Champagne, Titanium Grey, Carbon Black and, of course, Gold.

The Huawei P8 will be priced at about $500-$550 range, with sales in the U.S starting sometime in May. There will be a version for the European countries that will begin sales later this month. We’ll be here to get a more personal look at that time.