VideoLAN, the developer of popular VLC media player, has recently taken the drastic measure of preventing Huawei phones from acessing its app from the Google Play Store.

VideoLAN says it has taken this step due to the way Huawei phones handle background apps. The maker of VLC explains that Huawei software will prevent any apps from running in the background unless there are its own. This, in turn, hurts the overall VLC experience on mobile.

PSA: @HuaweiMobile phones are now blacklisted and cannot get VLC on the Play Store.
Their ridiculous policy of killing all background apps (except their own) breaks VLC audio background playback (of course).
See https://t.co/QzDW7KbV4I and many other reports…@HuaweiFr

Many Huawei users have written negative reviews on the Google Play Store complaining about a particular issue. VLC will stop playing in the background, despite its settings, once the screensaver or lock screen is on.

That happens because of Huawei like many other Android OEM these days that want to stand out with unique features, has implemented its own battery optimization system which kills background apps to save battery.

But these features can be manually disabled in order allow the app to function properly. However, VideoLAN claims that most people aren’t aware they can do that, so they end up blaming the app instead.

Frustrated by the bad publicity their app is getting, the development team decided to make a bold claim by not allowing Huawei phones to install the app via the Play Store anymore.

But could it be that it’s all Huawei’s fault? Maybe, VLC for Android is less optimizes, so it consumes more power when used? It’s a possibility. 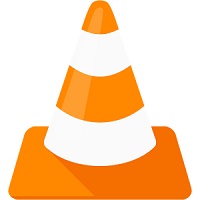 Anyway, the developers revealed that not all Huawei phones are blacklisted, only the most recent ones including the P20 and P20 Pro. On the bright side, owners of the affected devices are given the option to download the .apk from the VLC website. But keep in mind, that it doesn’t come with the same safeguards as Google Play.

Other blacklisted phones include the Huawei P8 and P10. Honor devices aren’t affected.