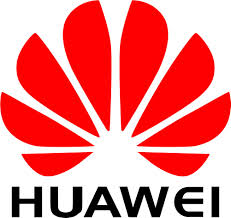 It looks like Huawei has a few pretty exciting handsets in the pipeline for next year.  One is the Ascend Mate8 which is the successor to the venerable Mate7.  The Mate8 will have a 2K resolution display, the new Kirin 930 chipset and should be available next fall, retailing for about $650.

That’s not the only high powered handset in Huawei’s stable though.  The Ascend D8 should be the companies flagship handset next year, it will feature a 5.5″ screen with 2K resolution.  The Ascend D8 is rumored to have 4 GB of RAM, a 64-bit Kirin 950 processor and 64 GB of internal memory crammed inside.  This powerhouse should land sometime in May and retail for about $800.

There will also be successors to other handsets in Huawei’s lineup as well.  One of Huawei’s most popular handsets, the Ascend P7, will get a successor called the P8, which should be announced at CES in January.  The Ascend P8 is rumored to sport a 5″ screen with a 1080p display, a Kirin 930 chipset (the same as the Mate8), 3 GB of RAM and retail for about $490.  Throughout the year we should see numerous other handsets released as well, such as the Ascend 5, 5X, 7 and 7X.  Prices should start at $115 for the entry level Ascend 5 and increase up to $320 for the more powerful Ascend 7X.  It looks like Huawei is bringing their A game for 2015 with a strong lineup.