The Huawei Watch was announced two years ago at MWC – it was released in September of the same year, and was generally regarded as the first of the truly premium Android Wear smartwatches. At 512mb RAM, 4gb ROM, Snapdragon 400 processor, and a hefty price tag of $349, it was impressive but rather cost prohibitive. 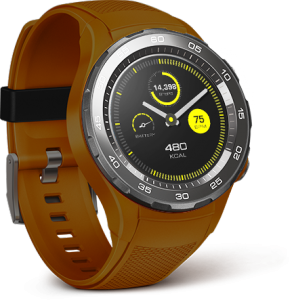 Fast forward two years, to MWC 2017. Huawei just announced the successor to the Watch; the Watch 2. I know, I know; bold naming convention. The specs are just a small step up from the original Watch: 768mb RAM, 4gb ROM, Snapdragon 2100 Wear processor, and that same crazy $350 price tag. IP68 ingress rating means you really shouldn’t need to worry about water or dust intrusions, unless you plan on deep sea diving with it on.

The real difference maker here, though, is the Android Wear 2.0 that comes pre-loaded. To take advantage of the autonomy that Wear 2.0 grants to the watch, a SIM slot has been added to the chassis to enable data when not connected to your phone. Watch 2 also has GPS, Bluetooth, and NFC for Android Pay interactions. Wear 2.0 also brings Assistant to Wear Smartwatches, and Watch 2 is no exception.