A new report out of the International Data Corporation (IDC), Android’s growth will reach its zenith this year. Expected to reach 61 percent of the smartphone market share in 2012, the platform will see its piece of the pie dwindle over the next few years, tapering to 52 percent in 2016.  IDC sees tremendous growth on the smartphone front this year (38.8 percent) however that won’t be enough to offset the slowing feature phone sales.  All said and done the firm predicts 1.8 billion units sold across the entire cell phone landscape.

Getting back to Android, IDC believes that Microsoft’s Windows Phone platform will emerge as a strong competitor over the next few years.  In fact, they forecast that it could slip just beyond Apple’s iOS platform by 2016.  According to their estimates, Android will retain the lead with 52.9 percent of the market followed by Windows Phone (19.2 percent), and iOS (19.0 percent).  BlackBerry, for its part, will keep chugging along for the next four years with around 6 percent of the smartphone market.

IDC projects Android will remain the most shipped smartphone operating system over the course of the five-year forecast though its share will peak this year. Increasingly, its share and growth will be driven by Samsung sales. This Android stratification will happen even as more devices powered by Google’s mobile OS from a wide variety of phone makers enter the market.

Will Android top at out 61 percent this year?  Will Microsoft’s mobile OS emerge as a dominant player?  Will BlackBerry still exist four years from now? CHIME IN! 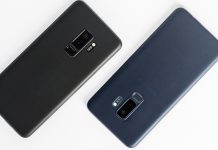