In Brief is a compilation of notifications, rumors, and Android-related news tidbits which, for whatever reason, did not end up with a post of its own on AndroidGuys.  These are things that we still feel are worth knowing, even if in a passing manner.  Consider it a grab-bag of Android goodies.  If you have something that you think is worth a mention on AndroidGuys, be sure to reach out to us via our contact page.

[dropcap1 variation=”red”]I[/dropcap1]n addition to a host of other services, Skifta users can now instantly access photos, music and videos from their Instagram and Dropbox accounts.  From there, they can stream it around the home or office to connected TVs, consoles and more.  Skifta’s growing roster of channels also includes the likes of Revision 3, Rdio, Facebook Photos, Flickr, TED Talks, SoundCloud and more.

[dropcap1 variation=”orange”]R[/dropcap1]emember Draw Something?  Here’s a take on the same sort of gameplay but only with photos from your phone or camera.  It’s called TryGuessThis and it’s a free game with more than 3000 words, group games with multiple friends, and more.

[dropcap1 variation=”yellow”]S[/dropcap1]Safely, the brains behind some of the more important and helpful location-based apps that come preloaded on your phones, have released a new standalone client, Safely Go.  It’s a free title that helps drivers of all ages stay focused on what’s important: driving safely.  Simply put, the app locks the phone, only allowing three “VIP Contacts” to ring through.  Everybody else?  They are advised you are on the road, driving. Read more at Safely’s website.

[dropcap1 variation=”green”]W[/dropcap1]anna put together some nice time-lapse photos from your Android device?  Of course you do.  Wanna cut it to some music and add some effects?  Yes, you do.  Plan to share that beauty on Facebook?  Yuuup.  Is Lapse-It worth every penny? You betcha.

[dropcap1 variation=”olive”]G[/dropcap1]amevil is set to announce nearly thirty new titles next week at the annual G-Star gaming conference in Korea. There’s a bunch of familiar titles getting sequel treatment including Baseball Superstars 2013, ZENONIA 5, Cartoon Wars Blade, and more.  Also keep an eye out for their Facebook game Train City to make its way to Android.

[dropcap1 variation=”teal”]G[/dropcap1]ameloft recently announced that some of their more popular titles will be optimized for Amazon’s tablets, the Kindle Fire and Kindle Fire HD in France, UK, Germany, Italy and Spain. What’s more, they also updated their games Asphalt 7:Heat and Men in Black 3 will take advantage of Amazon’s Game Circle.  Now you can sync your achievements, leaderboards, and scores across accounts.

[dropcap1 variation=”blue”]L[/dropcap1]ookout and T-Mobile USA have paired up to provide their users with out-of-the-box protection against malware.  Select devices will now come with Automatic App Security, the service powered by Lookout’s own Mobile Threat Network.  Moving into 2013, all of T-Mobile’s Android devices will come with the app pre-installed. 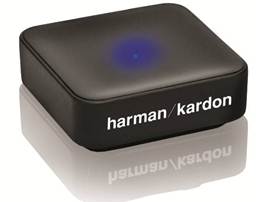 [dropcap1 variation=”deepblue”]H[/dropcap1]ow would you like to turn your existing receiver or stereo set up into a Bluetooth-ready sound system?  Harman Kardon makes it possible with a new $60 device, the BTA 10.  Details include:

[dropcap1 variation=”purple”]T[/dropcap1]he most successful coin-operated video game of all time, Pac-Man, has been given a new lease on life with an updated version of its game.  If you’re planning on picking up a Nook HD or Nook HD+ then you’ll definitely want to check out the optimized release!

[dropcap1 variation=”hotpink”]W[/dropcap1]We’ve been spending our free time playing a new game, Chain3D, which is recommended for lovers of Tetris and other puzzle games. The 3D puzzler is a match-3 style game that is crazy easy to learn and incredibly difficult to put down.  New to Google Play, it has already seen a few updates, including Zen Mode. 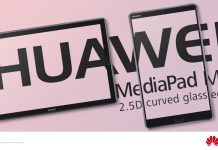 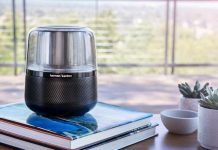 The Harman Kardon Allure is an ugly smart speaker with Alexa