In Brief is a compilation of notifications, rumors, and Android-related news tidbits which, for whatever reason, did not end up with a post of its own on AndroidGuys.  These are things that we still feel are worth knowing, even if in a passing manner.  Consider it a grab-bag of Android goodies.  If you have something that you think is worth a mention on AndroidGuys, be sure to reach out to us via our contact page.

[dropcap1 variation=”red”]O[/dropcap1]ne of the oldest Android apps on the planet, ShopSavvy, is about to get even better thanks to a new partnership with Best Buy.  The company has announced Best Buy API enhancements for its ShopSavvy Wallet which will provide consumers more choices faster.

“Mobile shoppers are looking for a fast, seamless checkout experience, and this new interface will help us deliver that experience,” said John Boyd, co-founder and COO of ShopSavvy. “In this effort, we’re especially proud to partner with Best Buy, a company with a proven track record of technological innovation in local commerce.” 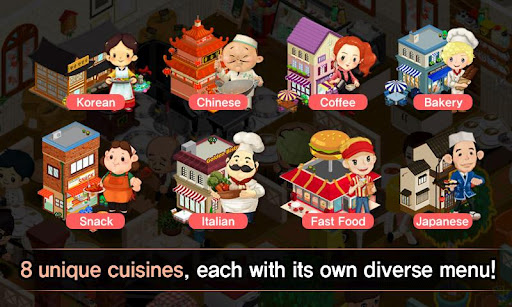 [dropcap1 variation=”orange”]T[/dropcap1]he latest title from GAMEVIL, Restaurant Star, lets players manage their own dining establishment.  Do you want your place to be a fancy spot or are you more of a diner and dive person?  Can you time dishes and beverages to keep customers happy?

[dropcap1 variation=”yellow”]A[/dropcap1]fter infecting more than 1.4 million iOS users, Plague Inc. has come to Android.  Do you what it takes to design and master a lethal plague to bring an end to humankind?  We don’t know about you but we’ll be happy to give it a go!

[dropcap1 variation=”green”]I[/dropcap1]t might have taken 30 years, but Sega’s Zaxxon is back and better than ever.  The new game, Zaxxon Escape (99¢), has more than 30 objectives and offers tilt controls, swiping, and more.

Guide your sleek craft and shoot, steer and tilt your way through an ever-changing maze of narrow tunnels and force fields. Earn Z-coins throughout each mission to help you level up and power up. THERE IS ONLY ONE WAY OUT… WARP SPEED AHEAD!

[dropcap1 variation=”olive”]T[/dropcap1]he official TomTom app for Android is out and is currently priced at an introductory rate of $37.99.  Features include offline maps, free lifetime updates four times per year, live traffic, speed camera, IQ routing, and much more!  The only thing we’ve heard bad thus far is that it’s not compatible with all devices yet. 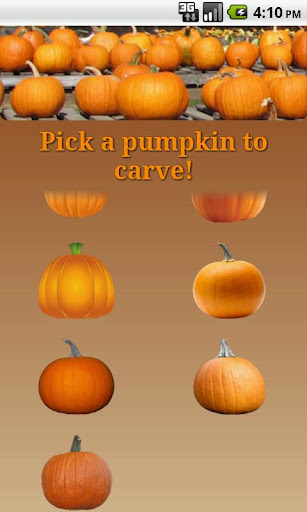 [dropcap1 variation=”teal”]C[/dropcap1]arved your pumpkin yet this year?  Why not try out a few designs with Pumpkin Carver for Android?  It’s a lot less messy and probably cheaper, too.  That is unless, you steal pumpkins or something.  Jerk.

[dropcap1 variation=”blue”]N[/dropcap1]amco, the developers behind the all-time classic Pac-Man, have recently released a WWI-inspired game called Sky Gamblers: Rise of Glory. Be sure to check out the $2.99 promo price for the full, unlocked game. Details include more than 100 dogfight missions, 12 single-player campaigns, 10 authentic planes, and online multi-player.

[dropcap1 variation=”deepblue”]E[/dropcap1]ver considered mobile payment options?  LevelUp, the mobile payment app from SCVNGR, is now live in 25  cities and looks to be getting better all the time.

[dropcap1 variation=”purple”]W[/dropcap1]anna keep an eye on all things Modern Combat 4?  Check out Gameloft’s new website dedicated the latest installment of its hit franchise. Follow along for news, images, videos, and other fun stuff.

[dropcap1 variation=”hotpink”]W[/dropcap1]hat happens when Pandora or Spotify don’t get the job done?  According to Polkast, you take control of things proactively with their music alternative. As they sell it, “other apps let you sync some of your music to your Android phone, but Polkast Music lets you bring your entire music collection (including iTunes) anywhere by connecting your Android directly to your computer.”

[dropcap1 variation=”slategrey”]L[/dropcap1]ast week saw the release of a brand new version of Podio, a collaborative work platform that many small businesses use.  Features in the app include ability to manage marketing, research, recruiting, accounting, CRM, project management, sales, and just about anything else associated with work.

The PadPivot might be one of the most flexible Android tablet stands we’ve seen thus far.  Priced at only $39.99 it works on the desk, your lap, in your hand, and everywhere else you take that Nexus 7.  Get one for your mom’s Kindle Fire, your brother’s Transformer Prime, and your dog’s Motorola Citrus.

The nexpaq brings modules to your smartphone case

Puzzle Pets is a polished, fun take on match-three puzzlers