In Brief is a compilation of notifications, rumors, and Android-related news tidbits, which for whatever reason, did not end up with a post of its own on AndroidGuys.  These are things that we still feel are worth knowing, even if in a passing manner.  Consider it a grab-bag of Android goodies.  If you have something that you think is worth a mention on AndroidGuys, be sure to reach out to us via our contact page.

[dropcap1 variation=”orange”]D[/dropcap1]roidCon London takes place in just over a month’s time. If you are an Android developer or plan to pick up coding in your free time, this is one event you’ll want to check out. Come October 25th – 26th, you’ll be able to learn from speakers such as Mark Murphy (CommonsWare), Matt Gaunt (Google), Simon Cross (Facebook) and more.  Also in attendance this year will be members from companies like Samsung and Sony.  Join the crowd of 1000+ Android developers, entrepreneurs, and enthusiasts. You can see the whole line-up here.

[dropcap1 variation=”yellow”]T[/dropcap1]he guys at PowerTraveler have begun teasing something big in the YouTube video above.  We’ve been big fans of their other stuff and really look forward to seeing whatever it is that the PowerGorilla is!

[dropcap1 variation=”green”]D[/dropcap1]oSomething.org is putting the bite back in the fight for homeless shelter animals with their new release of the Pics for Pets app for iOS and Android. Now teens and animal lovers alike can use their mobile devices to become a shelter fur-tographer by uploading pictures of worthy shelter animals in their communities, or they can share other shelter animals across the country. The ultimate goal is to increase shelter animal adoption rates.

[dropcap1 variation=”olive”]S[/dropcap1]Stitcher Radio has found that 60% of those polled would use their smartphone to vote in the upcoming elections, if that were an officially recognized option. 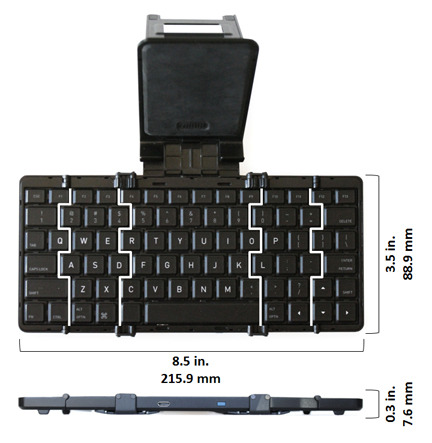 [dropcap1 variation=”teal”]J[/dropcap1]orno, the unique folding keyboard for smartphones, is halfway to meeting its Kickstarter goal.  If you’d like to help fund the creation and participate in the project, you can get your own keyboard for as low as $89.99.  On top of that, you’ll also get free shipping! Retail pricing is expected to be $119.99 once it starts full production.

[dropcap1 variation=”blue”]I[/dropcap1]f you’re really into benchmarks and comparative performance of Android devices then you may want to check out the freshly redesigned Vellamo app from Qualcomm.  The free app is available for any Android smartphone or tablet running 2.3 and above. 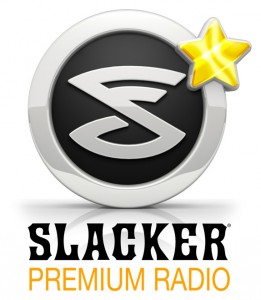 [dropcap1 variation=”deepblue”]S[/dropcap1]lacker Radio has added a number of new albums to its on-demand listening lineup.  Between last week and this week, there’s a little something for everyone. Note that these are only available to Premium subscribers.  Sign up for an account for only $14.99/month!

[dropcap1 variation=”purple”]U[/dropcap1].S. Cellular and Devicescape recently launched a free app for Android called Wi-Fi Now which lets users easily connect to Wi-Fi hotspots wherever they are. The client detects and automatically connects U.S. Cellular customers to available Wi-Fi hotspots, and helps for a seamless transition from the cellular network to Wi-Fi.

[dropcap1 variation=”slategrey”]K[/dropcap1]eep An Eye puts your mind at ease, watching over your laptop for any activity.  Receive an instant notification whenever one of the following events occur:

[dropcap1 variation=”mauve”]H[/dropcap1]ave you seen the new version of Feedly yet?  It’s really sharp looking stuff and makes for an even greater way to read all your favorite RSS feeds and news sources.  It’s faster, more stylish, polished, and really shines on a 7-inch tablet like the Nexus 7!

[dropcap1 variation=”pearl”]O[/dropcap1]fficeDrop lets users take a photo of a document and turn it into a PDF file that gets hosted in the cloud.  Everyone who signs up gets a free account with 2GB searchable storage however single users can get a paid plan starting at $9.99/month with unlimited document search results and larger search storage. Additional details in the service include OCR software, desktop sync, and Evernote, Google Docs, and FreshBooks integration.

[dropcap1 variation=”steelblue”]K[/dropcap1]indle Fire HD uses will find that they can now download and install three titles from Smule.  The popular apps have done quite well for iOS and Android thus far and should do just as good for the Amazon tablets.

[dropcap1 variation=”mossgreen”]S[/dropcap1]amsung Galaxy S III owners looking to get some extra juice out of their handset are encouraged to check out the new PowerSkin.  Yes, it even works with NFC support!  Amazon is offering the extra 1500mAh battery/case for only $59.99, a savings of $20 off the normal price.