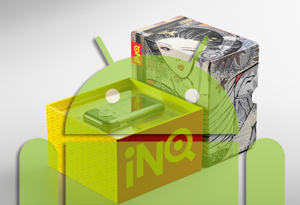 IN1Q Mobile, the company behind the INQÂ¹ handset (Facebook phone), are ready for their next trick – The one that is bringing lower cost Android handsets to the US in 2010.Â  If they do it anything like their first phone, we’re all in.Â  They already make low-cost feature phones that are tightly integrated with Facebook, Skype, and Twitter, so we’re excited to see their take on Android.

Speaking to PCMag.com today, CEO Frank Meehan reveled that they want to come in at “the $79-99-199 on two-year-contract range” with their phones. They see the needle moving in the direction of $50 smart phones.


Why Android?Â  INQ checked out other platforms and found them either too difficult to customize or not stable enough.Â  Android was a logical choice after testing the likes of Windows Mobile and Palm.Â  The rich customization is what drew them in.Â  In what sounds like a move similar to MOTOBLUR, Meehan said they want to get as deep into the contacts to integrate their social networking services yet still maintain as much ‘Google’ as possible.

The holy grail is enough compatibility with Google so it doesn’t incur too many costs, but certainly shakes up the contact list. – Frank Meehan

The team at INQ has plenty of carrier experience with much of their team coming from that sector.Â  When it comes to catering to wireless providers in the US, INQ Mobile is confident they have what it takes to succeed.

We can beat Nokia and Sony Ericsson and Motorola at this … we’re small, we’re nimble, and we’re fast. -Â  Frank Meehan