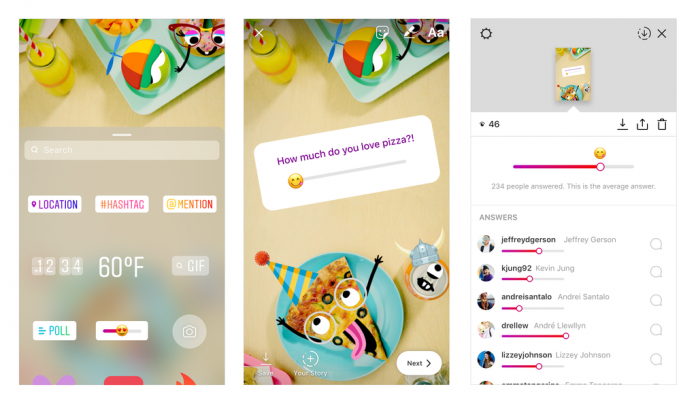 Another day, another new feature makes its way to Instagram’s popular Stories. The photo-centric app just announced a new variation of its polling sticker in Stories.

It’s called the “Emoji Slider” and you can put it on photos or videos just like used to with the regular polling sticker. The difference is that you’ll be able to get more nuanced answers about how your followers feel about something.

Instead of simply picking between two suggestions, the emoji sliding scale will allow Instagram users to better convey their preferences.

For example, you could add an emoji slider to ask people what they think of an artist’s new single or how they like their food.

How to add the emoji slider to your Story 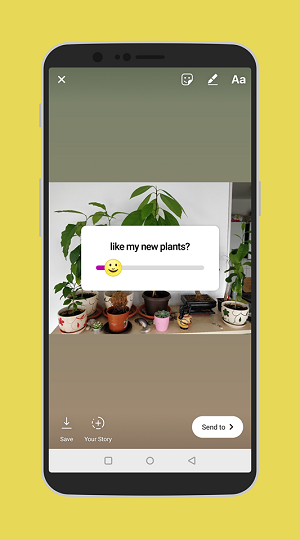 When you see an emoji question in one of your friend’s stories, drag the emoji left or right to respond. When satisfied, release it. Afterwards you’ll be able to see the average response.

The new feature is part of the Instagram version 44 update, downloadable in the Google Play Store and App Store.

In related news, Instagram has recently taken yet another step towards becoming at least in part, a shopping app.

Starting this week, the Facebook-owned app is giving users the option of buying movie tickets without leaving the application. Both Fandango and Atom Tickets have announced ticketing integration on Instagram.

Also, another quick reminder that you can now upload photos and videos in-batch to Stories. The recently added feature lets users add up to 10 pieces of media in one go. Folks can select the pics and videos and edit each one before posting them.