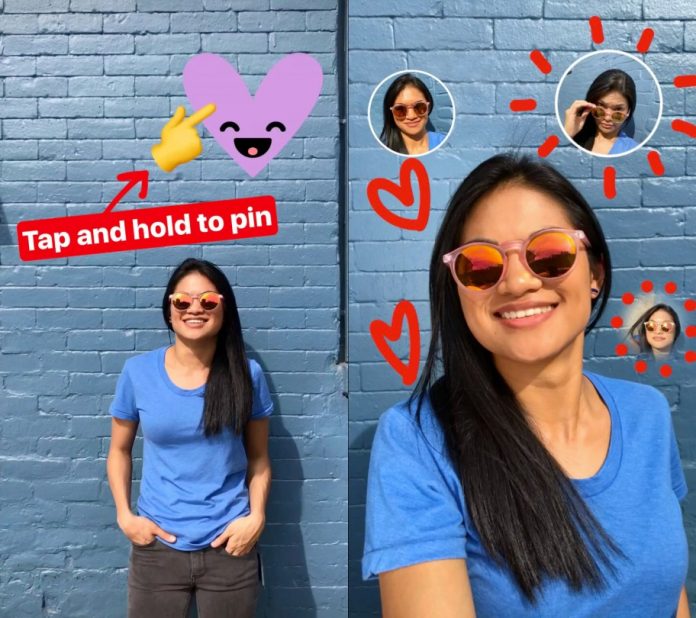 A few days ago Instagram announced it was adding disappearing photos and videos to its Direct Messages platform. Now the Facebook-owned app is celebrating hitting its 200 million user milestone (up from the 150 million it had in January) with a new update which adds a bunch of new sticker options in both Stories and Direct.

The first new feat is dubbed Selfie stickers. Basically within Stories, you’ll now be able to take a mini-selfie which automatically becomes a sticker you can save for later use. The feature is reminiscent of Snapchat’s scissors tool.

Instagram latest update also brings with it custom Geostickers for four cities (Chicago, London, Madrid and Tokyo) which adds city-theme stickers designed by local artists. What’s more – when you tap on a certain sticker, the artist’s username will pop up, so if you like his or her work you’ll be able to learn more about them.

Last but not least, Instagram users also get Sticker pinning for videos which allows you to pin a selfie sticker, text or emoji in a specific location or object within a video. It also works for Boomerangs. Pinning a sticker is quite easy – just tap and hold down the button to see a countdown to the start of the recording.

Instagram users will be able to take advantage of these new features after they download or update to version 10.16.1.